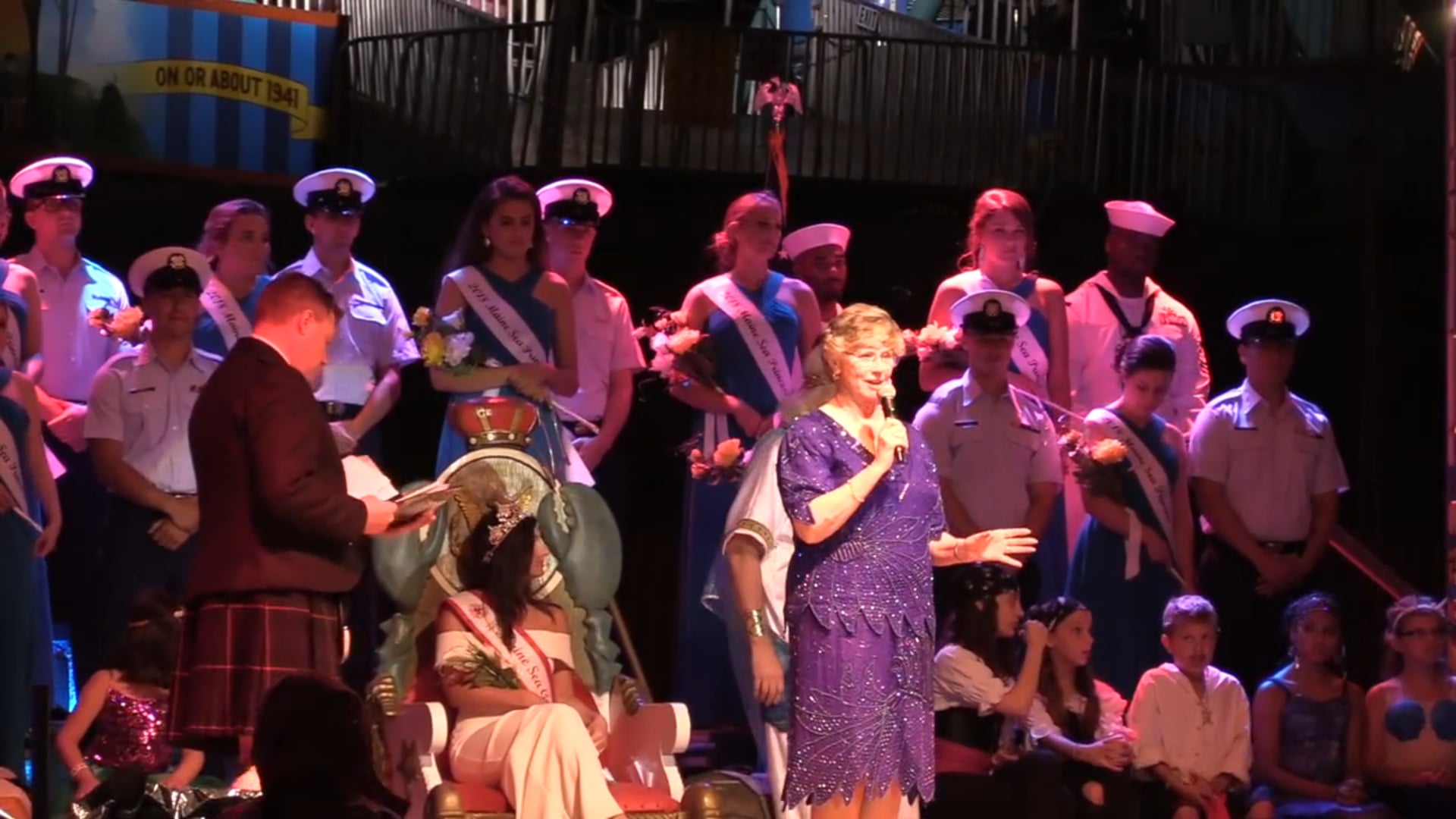 Watch the complete evening’s program, including the introductions of the 2018 Sea Princesses , musical interludes by Alexandra Linn, speeches by the retiring Sea Goddess and the retiring Chair of the Coronation Committee – Sharon Lombardo, and concluding with the coronation of the 2018 Maine Sea Goddess. The Sea Princesses were escorted by members of the Coast Guard stationed in Rockland , Maine, and by crew members from the naval vessel Hue City, visiting in Rockland for the Festival. Taking part in the event were King Neptune and his court and Blackbeard the Pirate.