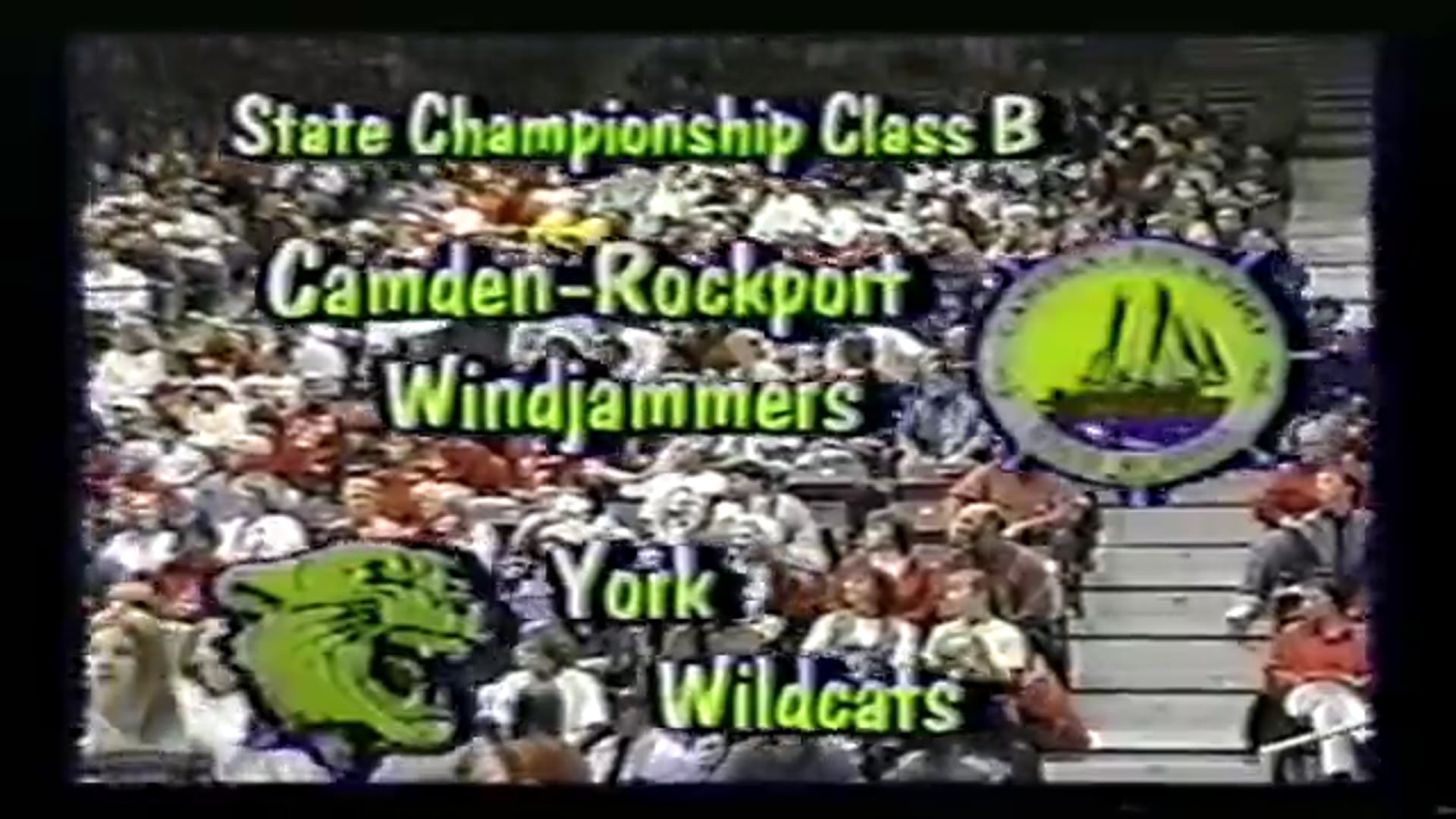 This is Vintage Boys Basketball Game # 26, the 1999 Class B Boys State Championship Game between Camden-Rockport and York. The broadcasters are Charlie Crockett and Bill Curtis. Coach Jeff Hart’s Windjammer starters were Tory King, Tim Marden, Nate Neville, Jim Wilson, and Jon Moro. The starters for the York Wildcats were Travis Patten, Mark Berault, Steve Estes, Dan Berault, and Ryan Caldwell.   Coverage begins with interviews with many fans including Sue Wootton, Tom Hibbert, Mike Morong, Jay Carlsen, Stuart Young, Steve Moro, Jon Small and many more.  There will be a separate program with footage of the victory caravan returning to the high school and of the reception and celebration.