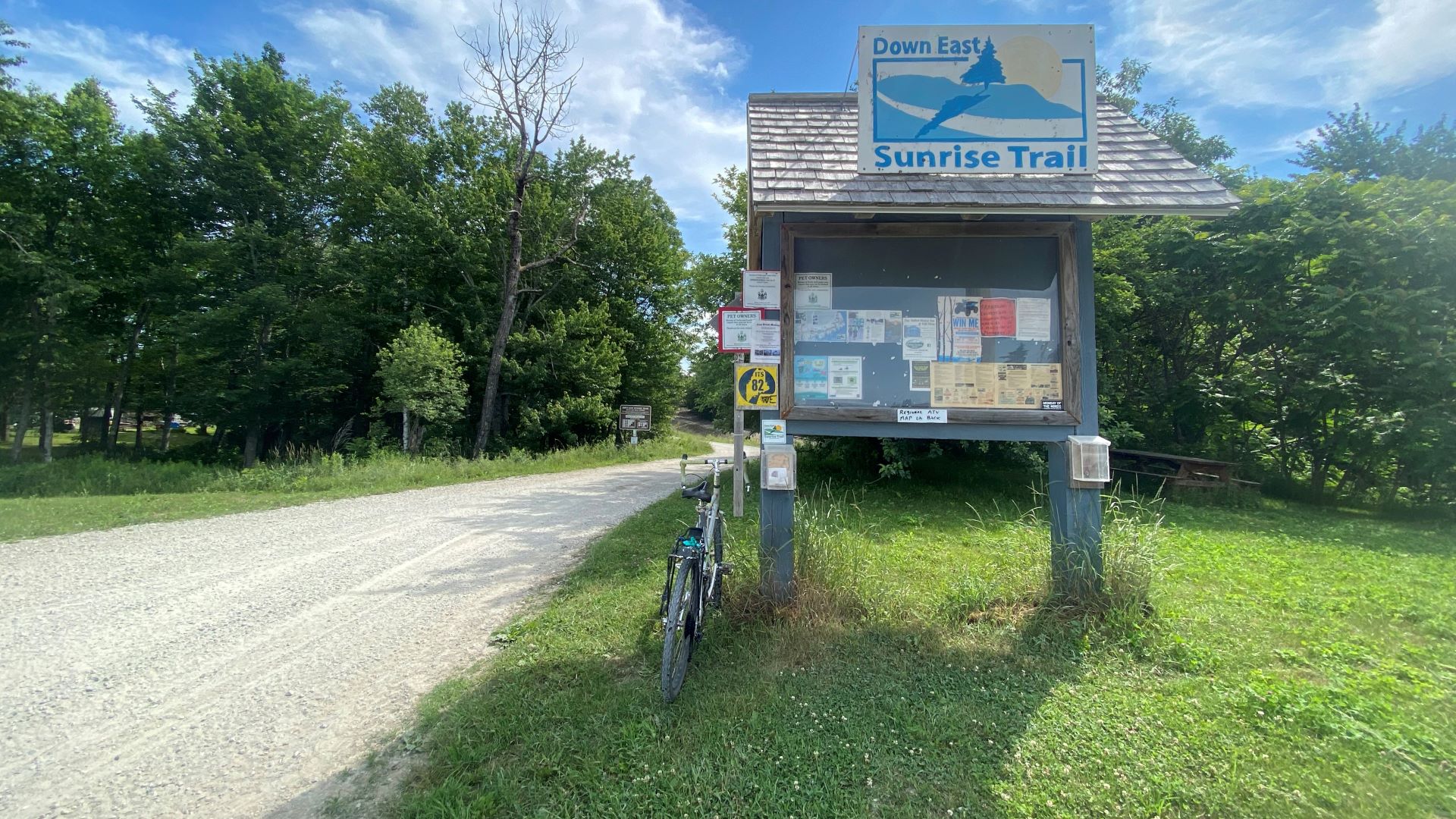 Each dollar invested in trails could save as much as $3 in medical costs, according to the American Heart Association. Photo by Kate Cough.

Sue Ellen Bordwell rarely saw another bicyclist during her commute on Route 1 from Yarmouth to the University of Southern Maine in the 1990s.

“Then one day there had been this little dusting of snow. I was riding my bike across (Martin’s Point) bridge and I saw other bicycle tracks,” Bordwell said. “I was so excited to see that somebody else was actually riding their bike into Portland.”

In the years since, Bordwell noticed a dramatic shift in Maine toward commuting that requires human movement, called “active transportation.” It includes biking, walking and even public transportation that often requires walking to a bus stop. Experts say active transportation incorporates exercise into daily activities, which can have health benefits for a state with a 30% obesity rate among adults — the highest rate for a New England state.

Recent legislation at the state and federal levels reflects the growing interest in non-motorized transportation.

This week, consultant VHB, a Massachusetts engineering firm with locations in Maine, began work on a statewide active transportation plan for the Maine Department of Transportation. The contract is worth $240,000.

And with the recent passage of a $1.2 trillion federal infrastructure package, there are more resources and support for this kind of transportation than ever before, said Dale Doughty, director of public outreach and planning with the Maine Department of Transportation.

“It’s always been going on, but I think the pace, and both the national and state focus around health issues and greenhouse gases (and) environmental issues, it’s definitely at a pace higher than it has been in many, many years,” Doughty said.

Only about 53% of American adults meet guidelines for physical activity, according to the U.S. Centers for Disease Control and Prevention. Boulos said obesity rates tend to be higher in rural communities, where it’s more difficult to get around without a car. But there are ways to support active transportation, even in rural areas, by making town centers more walkable.

Improvements don’t have to be expensive, she added. Sometimes it’s enough to add trash cans, benches and lighting to existing paths.

Each dollar invested in trails could save as much as $3 in medical costs, according to the American Heart Association.

Walkable and bikeable communities also can see increases in home values, tourism and downtown business activity, Boulos said. And active transportation can have an environmental impact by reducing carbon emissions from cars.

“The value of creating environments that make it easier for people to be active has just so many benefits for communities,” Boulos said.

In the last decade, there’s been an “upsurge” across the country in improving transportation access for all users, said Patrick Adams, active transportation planner with Maine DOT. In Maine, efforts really started to ramp up in the last five years, he said.

“We’re seeing this in all sizes of communities, from towns that have a couple hundred people that live in them to large metropolitan cities,” Adams said. “We’re all trying to make the transportation environment more friendly for all users.”

The state is updating its complete streets plan, which was created in 2014, to reflect greater interest in walkability, green technology and active lifestyles.

Doughty said he doesn’t encounter a strong case against pursuing active transportation options, but it’s important to make sure features are accessible to everyone and maintained to keep users safe, he said.

Safety is important with more bikers and walkers on the roads. Maine is on track to have one of its deadliest years for pedestrians in two decades, with 19 deaths so far in 2021, the Portland Press Herald reported last week.

Bordwell said off-road trails will make Mainers feel safer getting places without using cars. She bikes almost everywhere: church, the grocery store and even to the dentist for a recent root canal. A map of where the Casco Bay Trail Alliance would like to have trails.

Bordwell is the president of the Casco Bay Trail Alliance, a volunteer group that advocates for an off-road bike and pedestrian trail connecting Portland, Lewiston-Auburn and Brunswick.

Many existing trails are only accessible from a road, Bordwell said. She envisions long-distance regional trails connecting local trail networks throughout the state.

Legislation passed this spring was the first step in a rails-to-trails effort that creates a process for community advisory councils to request nearby unused, state-owned railways be turned into trails.

The requests have to face multiple governing bodies before being approved, Bordwell said.

“Each one of those steps is a big political process and there are lots of very passionate people on both sides of the issue,” she said. “I don’t envy the legislators who are going to have to make some decisions on this.”

The most resistance could come from legislators whose constituents are rail supporters, Bordwell said. But she insisted that freight and passenger rail lines can continue to expand, while unused railways are turned into bike and pedestrian paths.

“Part of our vision is that we can have both,” she said.

Bordwell, who is in her 70s, said her doctor predicts she will live into her 90s because of her lifestyle.

“When I look at the people who have been involved in active transportation most of their adult life, they look so much younger than people who haven’t.”