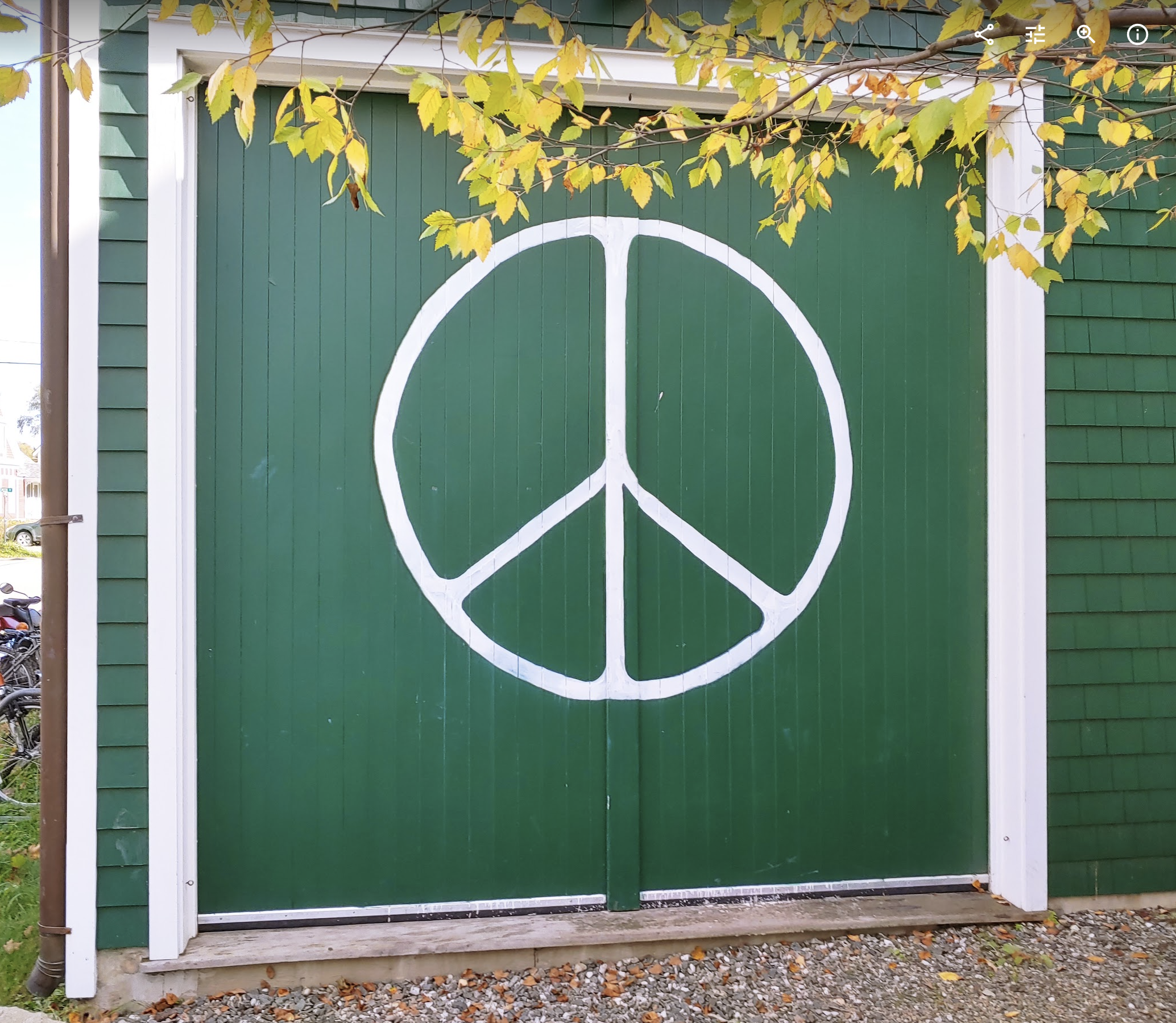 Peace sign painted on the side of the North Haven Maine Waterman Community Center.

Most of us have always thought the “peace sign” is a symbol of the hippie movement of the 60’s.

And in a way what it became.

But that’s neither its original meaning nor source.

In the 1950s the “peace sign”, as it is known today (also known as “peace and love”), was designed by Gerald Holtom as the logo for the British Campaign for Nuclear Disarmament (CND), a group at the forefront of the peace movement in the UK, and adopted by anti-war and counterculture activists in the US and elsewhere.

The Nuclear Disarmament symbol is a super-imposition of the flag semaphore signals for the letters “N” and “D”, taken to stand for “nuclear disarmament”, while simultaneously acting as a reference to Goya’s The Third of May 1808 (1814) (aka “Peasant Before the Firing Squad”).

A flag semaphore is the telegraphy system conveying information at a distance by means of visual signals with hand-held flags, rods, disks, paddles, or occasionally bare or gloved hands. Information is encoded by the position of the flags. It is still used during underway replenishment at sea and is acceptable for emergency communication in daylight or using lighted wands instead of flags, at night.

Parts of this article are Creative Commons from Wikipedia. We thank them for the service they provide to the Internet and hope you will support them.