Truths VS Fiction on Montgomery Dam

Camden Falls, Featured, Save The Dam 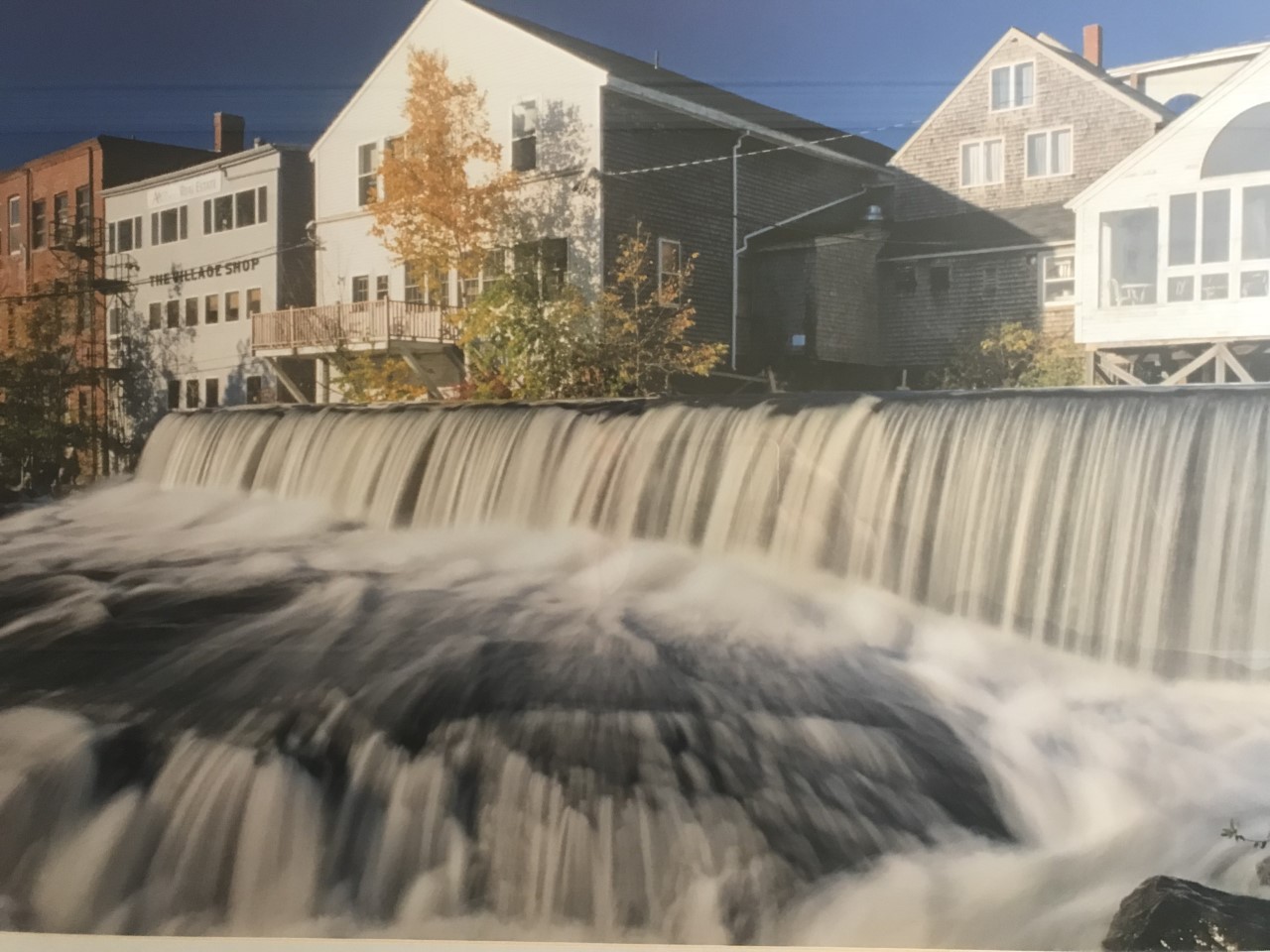 If you engage a consulting firm which specializes in dam removal projects, you will, not surprisingly receive an assessment with a decidedly dam removal slant. I encourage everyone to familiarize themselves with the Megunticook River through direct observation. Let us consider some basic truths we can verify by first-hand observation which pertain to our immediate concern, the preservation of Montgomery Dam.

For one, the Montgomery Dam cannot possibly be the cause of, or in any way involved in, or responsible for “flooding” of Main Street or any area up stream. The surface of the Main Street roadway is a full 7.5 feet above the spillway of the dam. This is easily verifiable; when the water in the pond is just cresting the spillway you need only stand on the sidewalk next to the House of Logan and measure from the water surface to your feet.

Two, removing the Montgomery Dam does not provide “natural” anadromous fish access to Megunticook Lake. My experience as owner of a dam in Brooksville and manager of its alewives run for 30 years informs me that the fish will not make the 20-foot ascent without a manmade fish ladder of some sort. Fish ladders will also be needed at the Megunticook Lake dams, the Seabright dam and several other dams and natural steps in the 140-foot total drop from the lake to the harbor. I am very skeptical of there having been a fish run from salt water into the Megunticook watershed even in its “natural” state. We are not opposed to the introduction of anadromous fish to Megunticook Lake if all the state and federal agencies’ scientists deem it appropriate. Responsibility to future taxpayers requires we do a mature cost/ benefit analysis of the construction and maintenance of all the fish ladders required.

Three, the belief there will still be a waterfall if the dam is removed is naive and unrealistic. The proposal involving the dam’s removal refers to returning the rivers course to its “original natural channel.” If that is the purpose of the dam and park wall removal, obviously there would no longer be a waterfall, it will become a gradual and greatly reduced descent, and obviously, there would no longer be a mill pond, which is critical to the aesthetic of the dam’s existence.

Four, opening the sluice gate of the dam during a heavy rain event is unnecessary. Taking that action is relatively ineffectual; it is a waste of town employee time. The amount of water passing through the sluice gate is a small fraction of the total when there is 10 inches of water flowing over the spillway. The only time the sluice gate needs to be opened is to drain the millpond during a low flow period to provide access to infrastructure adjacent to the river.

Five, the Montgomery Dam is not connected in any way to climate change or sea level rise. Obviously, the Megunticook watershed does not affect, in any measurable way, water levels in Camden Harbor, let alone the Gulf of Maine or the world’s oceans. An argument is made, climate change may bring about more frequent and more severe rain events. The argument is well taken; some data-based forecasts/predictions may indicate a trend in that direction. Due diligence requires us to take action which will lead to best realistic preparedness. Flow management is key to successful function of the Megunticook river system. Though unrelated to the Montgomery Dam, flow control on the river is critical.

Consideration of flow management leads us to a very important observation. Megunticook Lake combined with Norton Pond is the only significant containment area of the entire watershed. The Molyneaux Dams, lately referred to as the East/West dams, create Megunticook Lake and form the reservoir which allows us to contain runoff, to hold back water, and to control the release downstream. The Seabright pond is too small and shallow to be of any containment value during an exceptional event. We are fortunate to have the large containment area created by the East and West dams of Megunticook. These dams, when properly managed provide the ability to control water flow down river. The Seabright dam and the river’s other dams and bridges do provide constriction to help slow the flow during exceptional events which would otherwise be an uncontrolled “natural” torrent. The dams serve a critical purpose in allowing us to moderate what would otherwise be an uncontrolled “natural” flow of untold consequences.

We dwell in areas now which would have been uninhabitable in the rivers “natural” state, due to uncontrolled seasonal “flooding.” Honestly, we do not practice “flood control.” Once “flooding” occurs we have obviously lost control. We practice judicious, diligent water flow management and containment. We have longstanding, simple guidelines regarding the management of seasonal lake levels established by our predecessors, based on many years of experience. Traditionally, lake levels were maintained 25 to 30 inches below the spillway of the east and west dams from October 1 to Ice Out. With future rain fall predictions/trends taken into consideration, due diligence may require adjustment to existing tried and proven guidelines.

It’s important to observe that the existing, traditional guidelines were being implemented during the October 30 event of 2021. The Halloween event was roughly 5.5 inches of rain in about six hours; this is in the range of the fabled “100-year event.” Taking the action of lowering the lake to traditional levels in early October accomplished exactly what was intended by design. It provided space for runoff to accumulate in the lake, thereby delaying potential flow in the river downstream. The survivability and resiliency of the Megunticook River and its dams was clearly demonstrated during this Halloween’s rainstorm. A simple search on the internet will reveal the extent of damage sustained and flooding experienced in towns nearby and the Midcoast area. The storm caused many cases of roads and culverts being washed out, but no damage or erosion was sustained by any of the dams or bridges or banks of the Megunticook River. There was a temporary accumulation of water on Main Street as a result of storm drain screens being plugged by leaves. A storm drain system which, by the way, was extensively renewed this past summer. This situation was completely avoidable. The severity of the event itself may not have been predictable, but the accumulation of leaves in the fall is entirely predictable. Keeping streets clean and free of loose debris is part of proper municipal management.

Here’s a simple observation; The “flooding” of Main Street this Halloween had absolutely nothing to do with Montgomery Dam or the Megunticook River, it was the result of leaves clogging storm drains. When all the mechanical and physical elements have been evaluated, this is ultimately, in my opinion, a concern of esthetics. We all know, perspective is often informed by matters of the heart. I love the waterfall and millpond created by the Dam at the head of the harbor. I have enjoyed being in its presence most of a lifetime and have been reassured by the knowledge of its existence. The dam, millpond, and falls is by design, an integral element in the total aesthetic of Harbor Park. I sincerely believe no part of the park can be destroyed or altered without compromising the total. I have the utmost respect for the combined creative genius of the Olmsted Firm and Mary Louise Bok. The Montgomery Dam is not connected in any way to river flow management or potential “flooding.”

Let us hope the decision regarding the future of the Montgomery Dam, falls, millpond and park is not driven solely by the availability of federal funding. It is worth pointing out the National Atmospheric and Oceanographic Administration is not on a blind, destroy the dams mission. It is clearly equally concerned with dam restoration and preservation for the purpose of water flow and levels management. Please, may we leave our egos in a place of safe keeping, avoid making unsubstantiated claims, or attempts to mislead, and have a congenial, respectful well-informed conversation. Common ground exists in truth, and honest observation of fact.