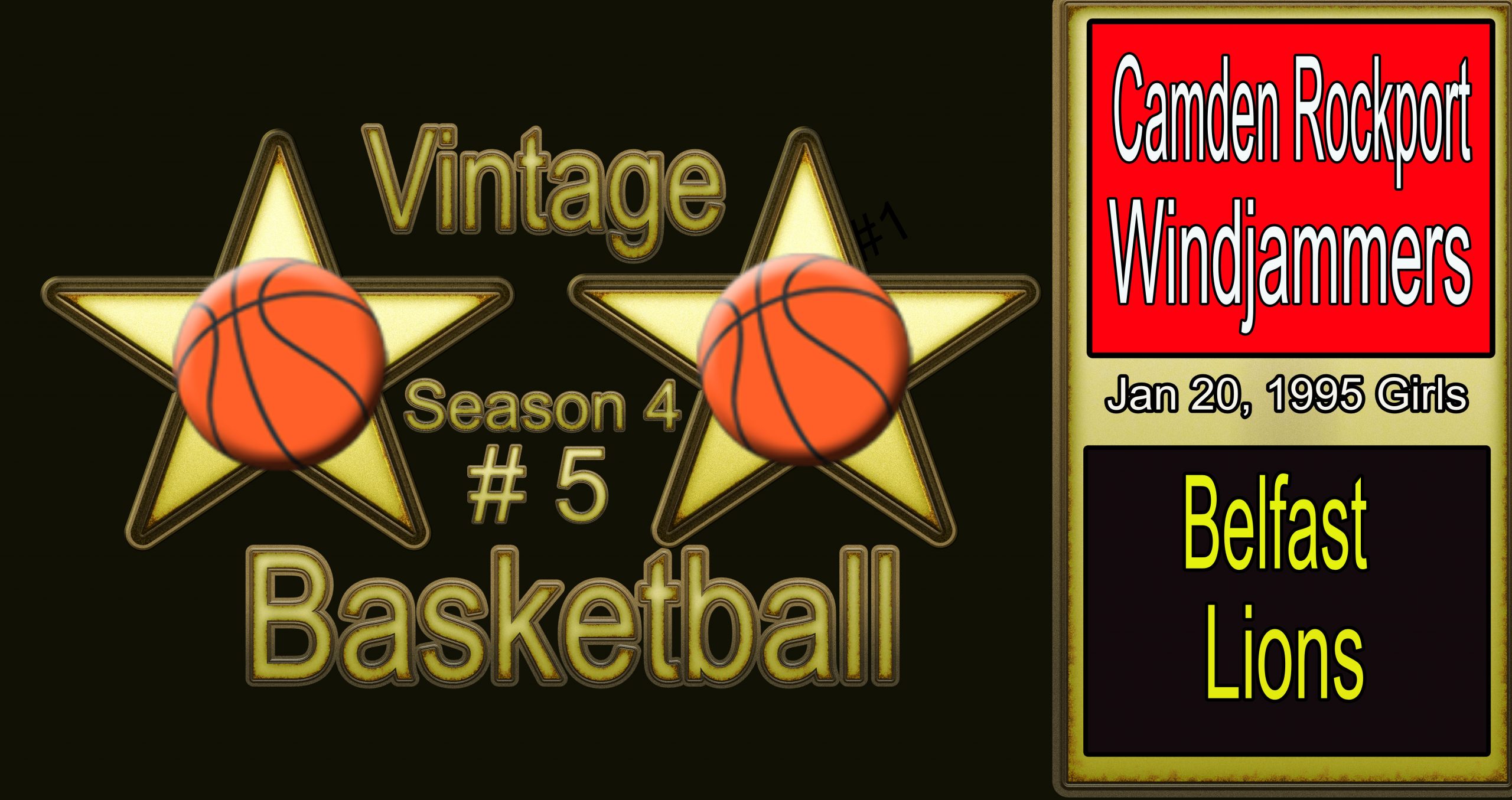 Watch this Vintage Girls High School Basketball game between the Windjammers of Camden-Rockport and the Lions of Belfast. This game was played at Camden-Rockport on January 20, 1995. The starters for Coach Jay Carlsen’s Windjammers were Darrah Roberts, Amanda Roberts, Stacey Brown, Teri Berg, and Emily Rogers. The starters for the Belfast Lions were Lisa Bachelder, Sarah Annis, Gwen Russ, Misty Bennett, and Virginia Catlin. The play-by-play announcers were Charlie Crockett and Don Palmer. This game was produced in 1995 by the CRTV Club including the camera crew of Matt Talbot, Sam Price, Patrick Williams, and Brian Wright. The computer graphics person was Jennifer Patterson, and the director was Mrs. Penny Crockett. The student on the floor announcing the players at the beginning of the game was the then president of the C-R Club – Jon Duke (now in 2022 Jon is active in the community as the leader of the CH Boosters Club).