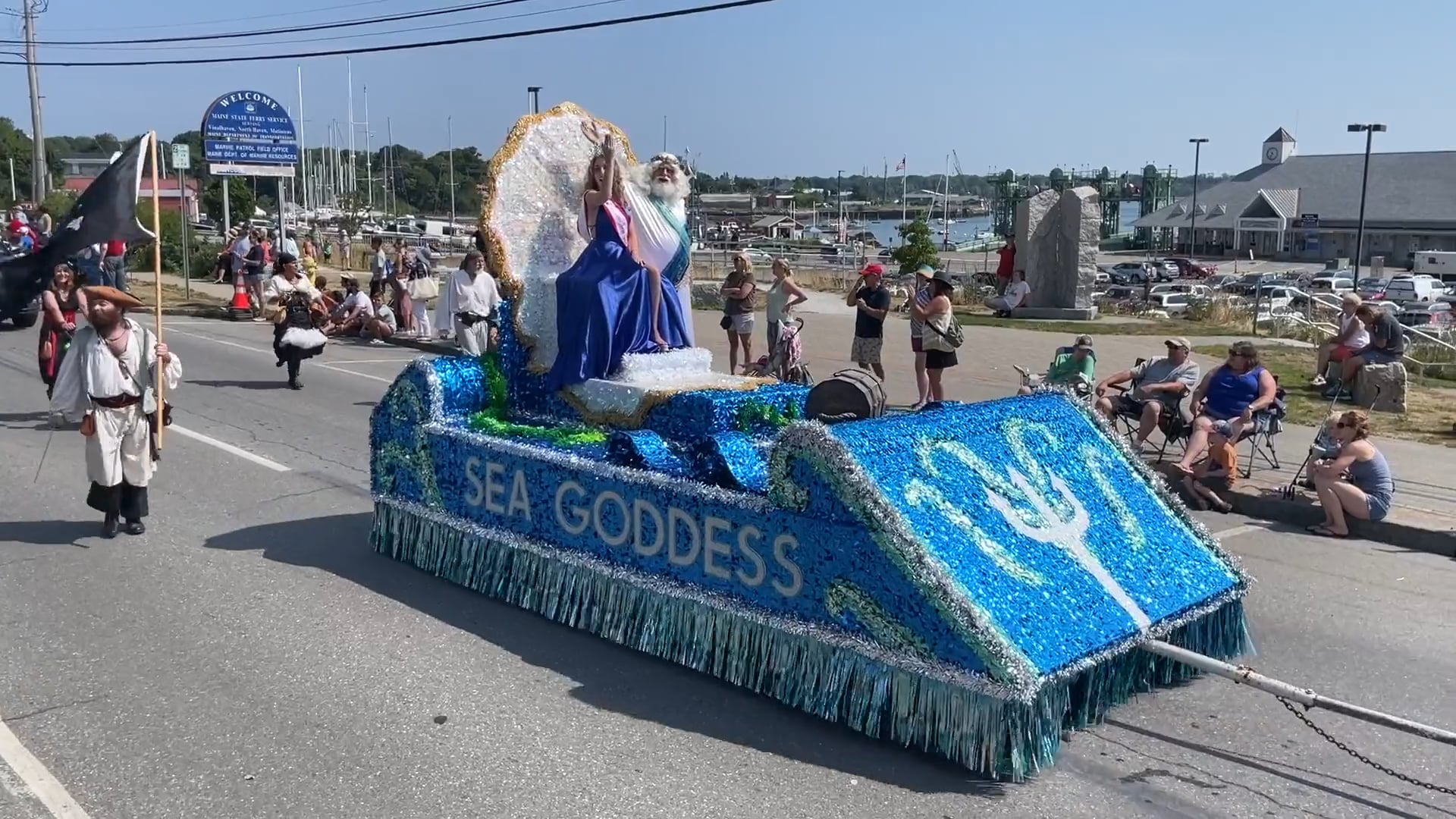 Watch this video of the Maine Lobster Festival Parade, celebrating the 75th year of the Festival. The Grand Marshalls of the parade this year were the 2022 State Championship Teams from three local high schools – Oceanside’s Girls Basketball Team, Camden Hills’ Girls Swim team, and Medomak Valley’s Cheering Team. Also recognized was the 2020 Parade Grand Marshal – Rockland’s “Maine Lobster Lady” – 102 Year Old Virginia Oliver, escorted by a vehicle from the Owls Head Transportation Museum. The 2020 Parade was cancelled due to COVID, so Virginia Oliver finally had her chance this year to ride in the parade. The retiring King Neptune, portrayed for many years by Brian Messing, had his last ride on the Sea Goddess float, which he had personally redesigned and redecorated for this year’s parade. For many years Brian has portrayed the pirate Blackbeard and more recently King Neptune, walking the Festival Grounds and delighting the festival attendees. We thank him and the many other volunteers who make the Lobster Festival a success every year.