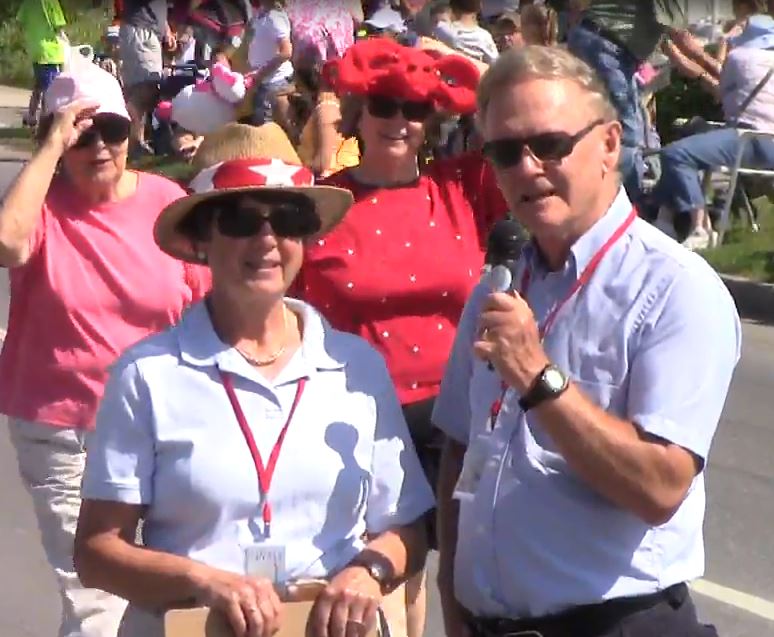 Charlie and Penny Crockett, long-time contributors to local television, and their programming will now be broadcast on Maine Coast TV, Channel 7!

The Crocketts’ programs were on channel 85 that recently closed down. Those of us with Maine Coast TV have known the Crocketts for as long as they have been doing local programming. While we’re sorry to see channel 85 close down, we’re happy to have Charlie and Penny join us.

Their programming includes such shows as the Lobster Festival Parade and Coronation, At Auction with Kaja Veillieux, Going Places, as well as many local sports games.

Maine Coast TV welcomes the Crocketts and will be rolling out their shows in the next few months to Channel 7 on Time Warner Cable in Knox County Maine as well as online streaming of selected shows. The Crockett shows will be joining other Maine Coast TV local shows including Reigning Cats and Dogs, Out and About with Al Gardner, Maine’s Wicked Good Talent with Rich Smalley, local history shows by Wayne Gray, Maine Music Hangout with Jessica and Mark Smalley, The Camden National Toboggan Races, and, in conjunction with WRFR Community Radio and Pen Bay Pilot, The Chris Wolf Show.
‘
Charlie and Penny are both retired from teaching and coaching at Camden-Rockport High School. Charlie was a math & video productions teacher and coached varsity girls softball, boys JV basketball, and varsity boys cross country running. Penny was an English teacher, Chair of the English Department, and coached varsity girls ski team and varsity girls cross country running.