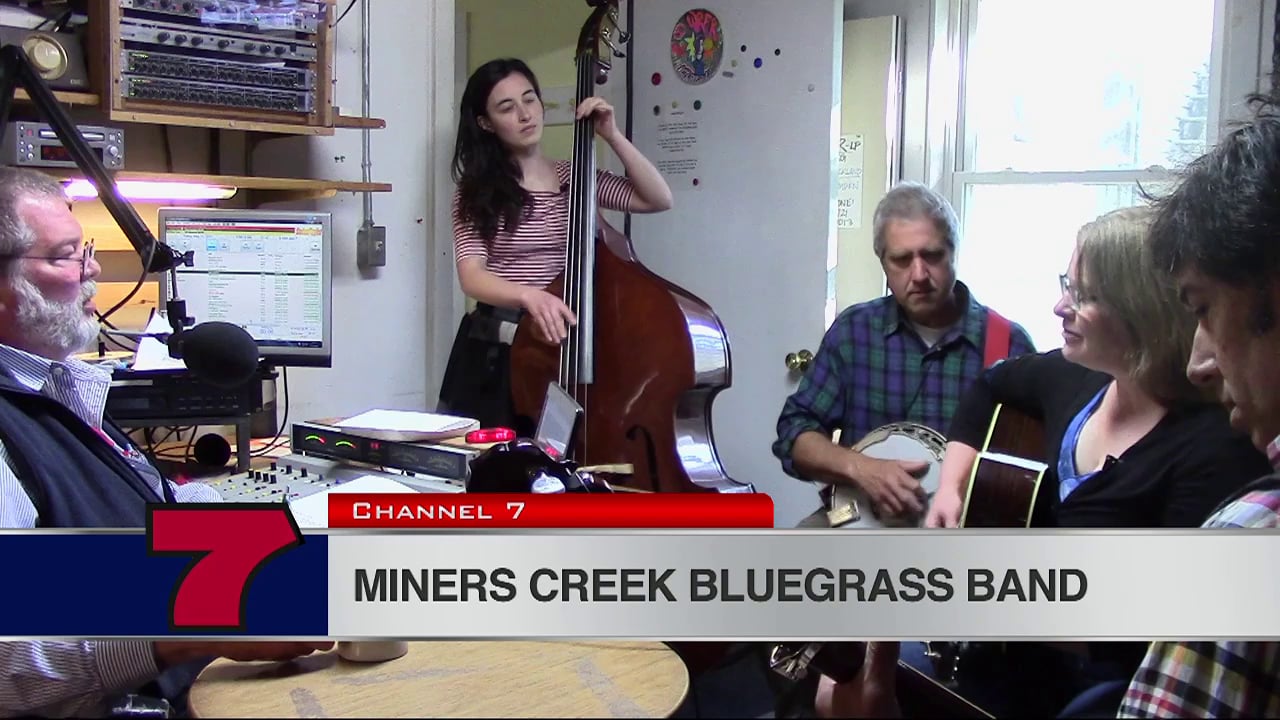 Located in the tiny coastal village of Rockport, Maine, Miners Creek is at its core is a family band, consisting of song writing, mother/daughter duo Resa & Emily Randolph and husband/dad/banjo player Whitney Randolph. Jesse McWilliams joins in on mandolin; Peter Proeller on claw hammer banjo; and Jenny Karod on viola/violin.

The band’s sound originates from the bluegrass tradition, but also gleans from the folk revival of the 1960s, latin chords and rhythms, classic rock, Appalachian and old timey tunes, and classical music. With each member of the band bringing their own passion and spin to the final product, they seek to create a new, distinctive take on bluegrass music.

Friday, May 15, PenBayPilot.com and “The Chris Wolf Show” hosted Miners Creek Bluegrass Band of Rockport. This show was streamed live on www.MaineCoast.TV and broadcast on WRFR FM.