Amazing Dream Job. In Maine. On the Water. Online. On The Chris Wolf Show with Ben Ellison. WATCH NOW 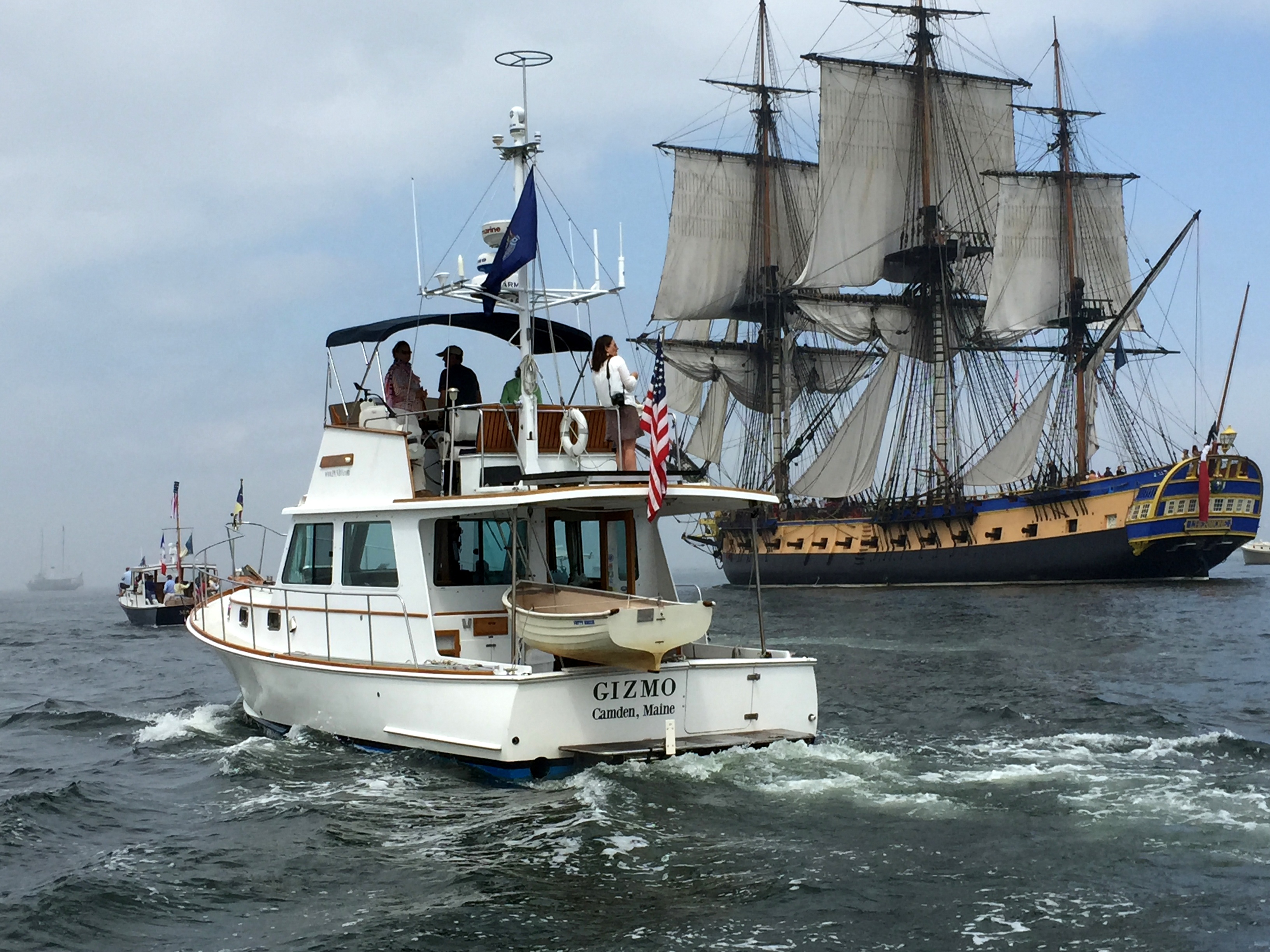 Imagine having a job in Maine, where your office is a boat and you are your own boss.  And you don’t have to haul lobsters.

Ben Ellison of Camden, Maine has such a job and was our guest on Wednesday, January 6, 2016 “The Chris Wolf Show.” There was lots of talk about his job, his office “Gizmo”, boats, and many things nautical.

Perhaps the best way to describe Ben is from his bio:

I was planning to sail around the world, but…um…never made it.

I did live aboard Alice for most of the 70’s, ran her as a daysailing operation, and cruised twice to the Caribbean (with just a VHF radio and a depth flasher for electronics). During that decade I also worked on oil field boats off Louisiana, tried my hand at commercial fishing, delivered yachts and taught navigation/seamanship in many venues including offshore on a barkentine. By the 80’s, the boat had morphed into a home-built home and I even started a totally non-nautical business (which at least got me into personal computers early). 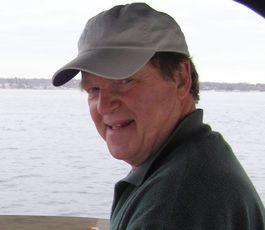 Ben Ellison “in the office” on board his boat Gizmo.

I did keep up the deliveries and teaching, managed some boats, and in 1985 began a five year stint as director of the WoodenBoat School. I still get a pitter-patter when I visit there. The 90’s? Back to boat deliveries and teaching, a house addition, work for a tide prediction software company, and eventually a stint as editor of Reed’s Nautical Almanacs. That job was more about marine software and data manipulation than sentences, which is partially how I transitioned into writing about electronics.

I got started at Ocean Navigator in 1999 and became Electronics Editor at Power & Motoryacht in 2001, added Sail in 2004, and then switched over to the position of Senior Electronics Editor at Bonnier Marine Group in early 2009. In 2013 I switched teams again, returning in a sense to PMY and Sail, which are now part of the AIM Marine Group along with Soundings, PassageMaker, and Yachts International.

I now write primarily for Panbo, whose content is shared with AIM websites and publications, but I also work behind the scenes with AIM editors and electronics writers. In 2015 I hope to again spend significant time aboard the 37′ Duffy “lobster yacht” dubbed Gizmo, a near perfect platform for testing electronics along the beautiful coast of Maine and further afield.