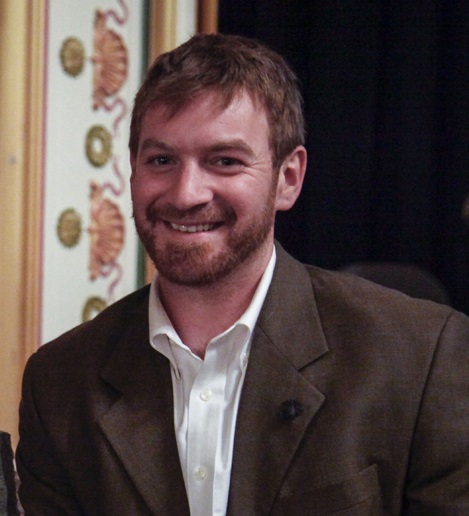 Owen Casas is a resident of Rockport, Maine and a member of the Rockport Select Board. Apparently enjoying his foray into politics, Owen ran for a state office, the Maine House of Representatives in 2014.  He garnered 32% of the vote as an unknown Independent against a well-liked incumbent. He didn’t get elected, but found the experience extremely rewarding.  He and his wife are looking forward to running for the State House again in 2016.  Owen has a strong passion for renewable energy, education, Veterans issues, foreign affairs, innovative economic development, and freedom.

Owen Casas is a native Mainer who loves the natural beauty, pace, and mannerisms found in Maine.  He joined the US Marine Corps at 18 and served 4.5 years including a tour in Fallujah, Iraq.  Choosing not to reenlist, Owen separated from the Marines Honorably as a Sergeant so he could move home to “grow a beard”.  Returning home, Owen worked as a stone mason and commercial fisherman until he enrolled full time at University of Maine, Augusta where he graduated with Honors in 2013.

Owen is a candidate for a Masters of Positive Organizational Development and Change from Case Western Reserve University, is a Professional Member of the Maine Stone Workers Guild, and currently serves on the Rockport Select Board.  He and his wife live in Rockport with their three children.