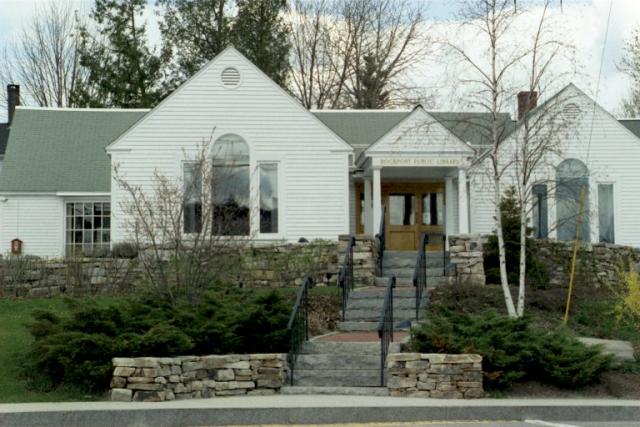 Over the past several years, we’ve received a lot of official information from the Select Board and the Library Committee on what’s happening. It’s pretty clear the new Rockport Library is going to be different from the old one, and more than likely, much bigger than the current one, previous figures being three to four times the size.
The library is a keystone for the village and the nature of the new library will be one of the most important decisions for the town in the near future.  It will affect the livability of Rockport, not only by whether its size and scale are appropriate for a village, but also whether or not the Town will be financially burdened by having to pay for a much larger library and staff, and consequently making Rockport a much less affordable place for young families.

The new library is being pushed on a fast track so it can be on the November ballot.  The more information, and the more sources of information, the citizens of Rockport have, the better their decision can be.

On Monday, January 13, 2016, the guest on The Chris Wolf Show was Rick Bates, Rockport Town Manager.  In a one-on-one conversation with Chris, Rick discussed a lot of his thoughts and information on the new library, including the Taj Mahal effect.  This conversation gives a different perspective, albeit still official, on the library, as well as plans for a town-wide, town-funded fiber optic internet.

If you’re interested in the future of Rockport, this is a show to watch.