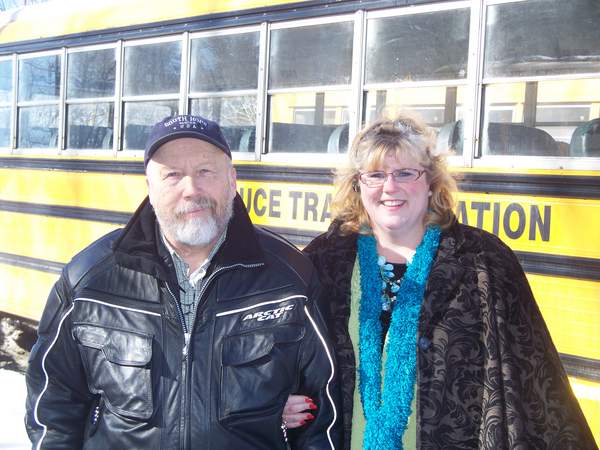 A lot of times we hear Maine is not conducive to business.  And in many ways it isn’t.  But there are success stories as well.

For instance, story about two people who came together and made a great team.  Wayne started in school bussing when he was 19 years old in Rockland. Bud Wood trained and inspired him to be a great bus driver. Years later, Wayne’s Uncle Frank was retiring after 17 years of owning his “South Hope” bus. Uncle Frank sold the bus to Wayne. In 1987, Wayne started with his very own bus. During the day, he would cut wood lots and drive the bus for the South Hope kids as a supplementary job.

In 1993 Wayne met a girl named Molly. At first, Molly worked in the wood lot with Wayne, but after three days of broken nails and coveralls she decided that the bus business would suit them better. Well, the rest is history.  And that history is called Luce Transportation and we all see their big yellow busses running back and forth all over the area.

On Friday, January 22, 2015, the guests on The Chris Wolf Show were Wayne and Molly Luce, the founders of Luce Transporation.  They run school busses, a special needs program called Safe Care and Luce’s Garage on Route 17.  As usual, the conversation was informal and covered a lot of interesting information. 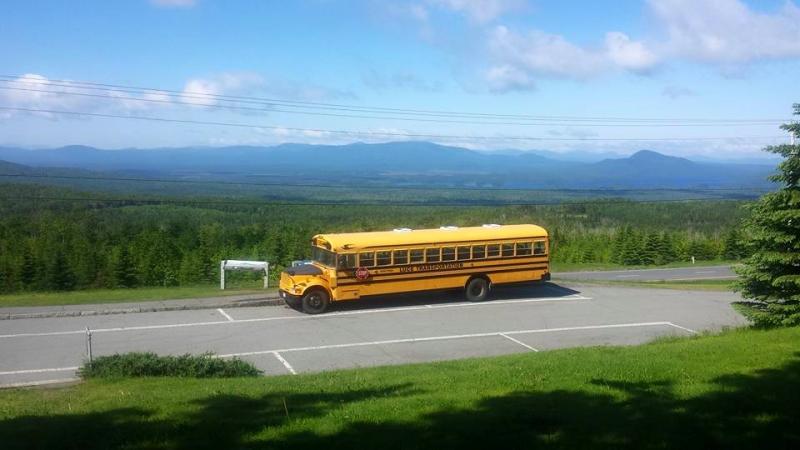 A Luce bus in Jackman, Maine.