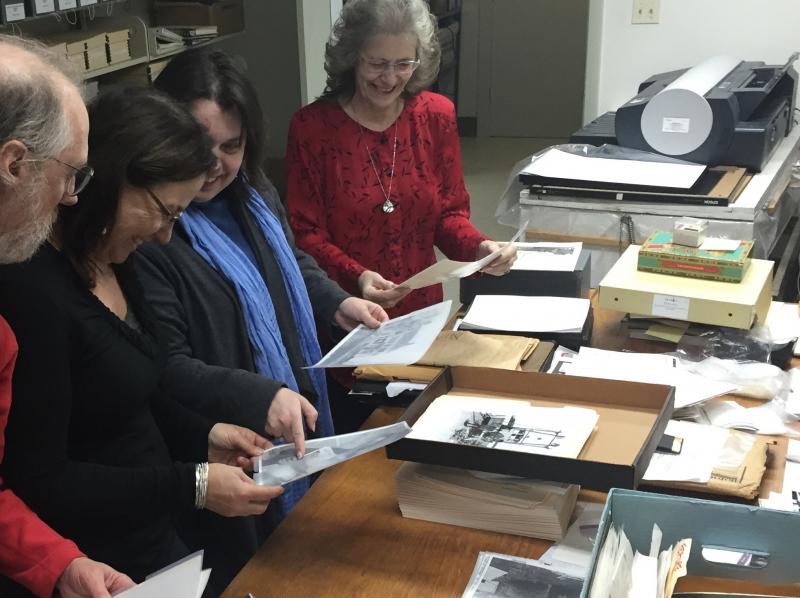 Or so the saying goes.  It hasn’t always been peachy between the two towns.

Did you know that Rockport once launched four-masted ships into its deepwater harbor before cheering crowds that numbered in the thousands? That the town once bustled with smoky industry, from the quarries to the kilns. That settlers built a fort where Pen Bay Medical Center is now, and on nearby Old County Road, Revolutionary War troops lived in barracks, sometimes playing lacrosse there with the Penobscot Indians.

And then there were the farmers who tilled the fertile Goose River soil and West Rockport hills, growing blueberries and vegetables to the townspeople in the harbor villages. There were railroads and steamships and trolleys, hard-working locals, wealthy rusticators and tourists. There was even a polo field, and decades later, a drive-in movie theater on Route 1. 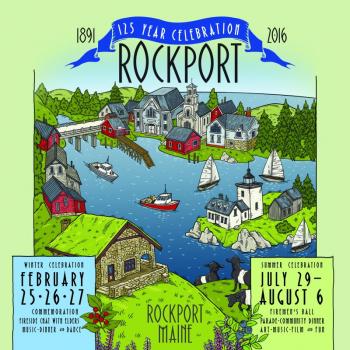 Did you even know that Rockport and Camden were once one town, until disputes over how to spend taxpayers’ money got so acrimonious that certain folks appealed to politicians, who convinced the Maine Legislature that the time was right, Feb. 25, 1891, to divide the citizens into separate municipalities. The area of Camden known as Goose River was to become Rockport (Rocklanders apparently didn’t like the name resemblance so much).

This year, Rockport is celebrating its 125th anniversary as its own town. The town of 3,500 (plus or minus) citizens thrives in a region knitted together with other healthy municipalities. But towns don’t run magically on their own, especially in New England, where the blood of democratic self-government runs strong and local citizens get involved — sometimes under spirited debate — in every aspect of making community-wide decisions.

And that’s something to celebrate. This is the year for Rockport, and the 125th Committee is working hard to line up events for the whole community to enjoy. It all begins Feb. 25, with a Blood Feud, the blood drive in Rockport and Camden, followed in the evening by the Quasquicentennial Celebration at the Rockport Opera House. Other events include a Fireside Chat with elders, Feb. 26; the staging of Home by the Sea, Scott Dyer’s children’s play, on Feb. 27, music, a bean supper at the Masonic Hall, and a dance.

Then, in the summer, a Firemen’s Ball, concert, art show, parade, community dinner on the Goose River Bridge, and no doubt, more fun.

Some of the Rockport 125th Committee were on Monday, Jan. 25, on the Chris Wolf Show, to talk about the upcoming Quasquicentennial celebration.  Watch the video below now to find out what’s going to happen.