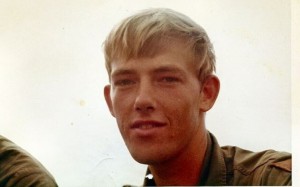 The Monday, March 18, 2016 edition of The Chris Wolf Show was about music and history.  Our guests were local musician Blind Albert (aka Vince Gabriel) and Tobin Malone, of The General Henry Knox Museum “Montpelier” in Thomaston.

Tobin Malone is Executive Director at Knox Museum in Thomaston. For 3 years she has been lobbying to bring Vietnam’s The Moving Wall to Thomaston and over Memorial Day Weekend in 2016, from May 26 to May 30, the half-scale replica of the original Vietnam Memorial located on the National Mall in Washington, DC, will be exhibited on the grounds of Montpelier.

The Wall will be open for visitation 24 hours per day except during special ceremonies. Admission is free. All are invited to attend, and 13,000 are expected over the 5-day period.

This visit of The Moving Wall is particularly important to Vincent because he is a Vietnam veteran, having been in the midst of the battles and lost many friends over there.  Vincent has also produced the very moving video “11 Bravo Vietnam”, based on a show he developed about his experiences in the war.

During this show, we will talk about the upcoming exhibit, the museum, the Vietnam War as well as hearing live music from Vincent.  We are all part of the Vietnam War, those wars that preceded it, and those that followed it, in one way or another.  Those that were in the midst of the wars paid the highest price.

Vincent Gabriel, aka Blind Albert, has been performing in bars and roadhouses, since his return from the jungles of Vietnam in 1969. Having played from the West Coast to the East Coast, Blind Albert has worked with some of the greats. Leon Russell, Merle Saunders, J. Geils, Son Seals, the late Jimi Rogers (an original member of Muddy Waters Chicago Blues band), Shemeka Copeland, Eddie Shaw and the Wolfgang (Howlin Wolf’s former backup band), Kenny Neal, Jerry Portnoy (Eric Clapton’s blues band) and many more.