An art residency at sea with Anneli Skaar on The Chris Wolf Show. WATCH NOW 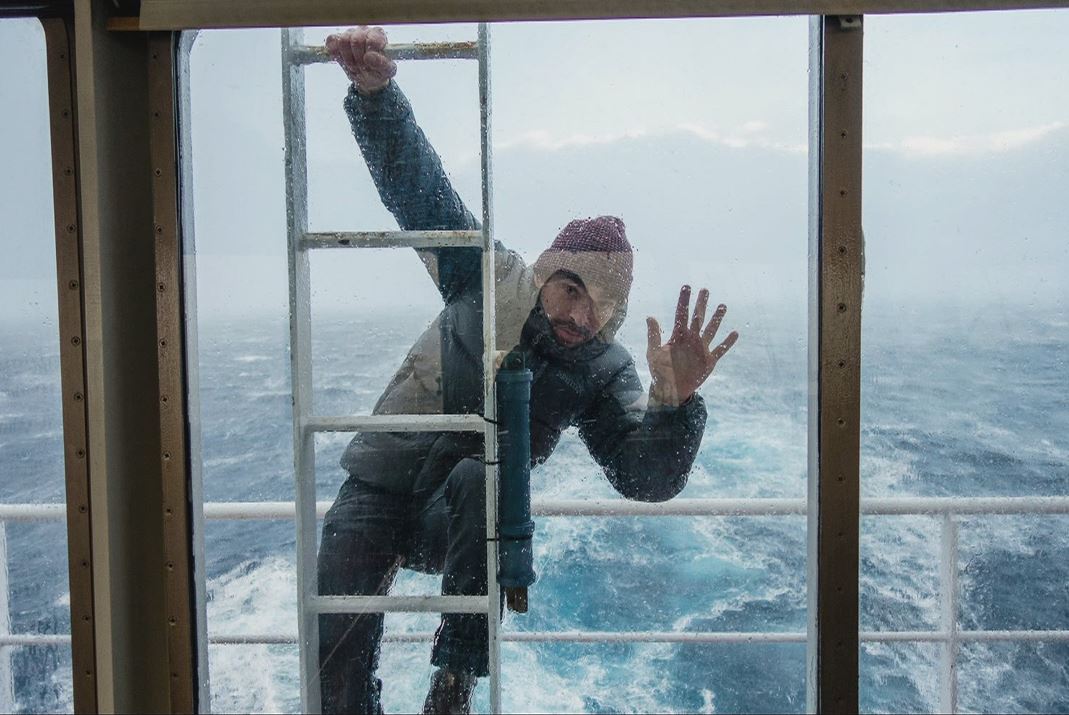 Our guest on the March 28,2016 The Chris Wolf Show was Anneli Skaar, fine artist, graphic designer and writer. 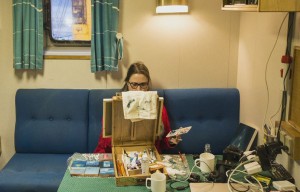 Artists Jonathan Laurence and Anneli Skaar of TIMBER + ICE departed on Eimskip’s container ship Selfoss on February 5, 2016 for a 9 day crossing to Reykjavik, Iceland from Portland, Maine. The onboard art residency was done in order to create and gather content for their Maine in the Arctic project scheduled for Portland’s Arctic Assembly in October of this year.

Laurence and Skaar were a part of the Maine delegation that went to the 2015 Arctic Circle Conference this past October with almost 50 other Maine delegates led by MITC (Maine International Trade Center). The delegation was represented by businesses, organizations, and academia as well as by the co-founder of the Senate’s Arctic Caucus, Maine Senator Angus King.

On this show, Anneli talks about their trip across the sea to Iceland on a container ship in the middle of winter as well as their upcoming presentation on March 29 at the soon to be finished CMCA in Rockland.

Norwegian by heritage, Anneli received her design degree in Oslo at the National Academy of Arts. A self-employed graphic designer for 20+ years as well as a fine art painter and writer, she has a long history of promoting and fundraising for Maine institutions through event planning and by developing marketing strategies. She has served on the board of the Center for Maine Contemporary Art and is fluent in Norwegian, Swedish, and Danish.