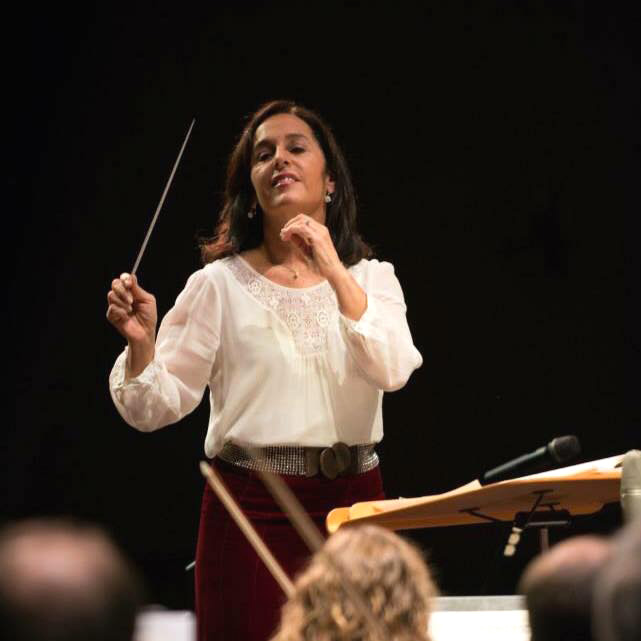 Hymes has established an exceptional reputation for her exciting and dynamic conducting style.  Chosen out of over 100 female conductors, Ms. Hymes was picked to open the 2014-15 season of the Macon Symphony Orchestra.  This season she will be Artist in Residence at Colby College, conducting the student/faculty orchestra.

She has made outstanding guest appearances with the symphonies of Houston, Indianapolis, North Carolina, Oregon, Richmond, Florida West Coast, Spokane, Madison, Omaha, Springfield, Harrisburg, Stamford and Bozeman, and the Cincinnati and Chappaqua Chamber Orchestras. She has also received acclaim for her performances with San Francisco’s Women’s Philharmonic, and the Florida Orchestra.

NEW!  Watching with ROKU. If you have a ROKU box for your TV, you can add our free ROKU channel.  See details at https://www.mainecoast.tv/rokuadd.  With the Roku box, you can see the streamed Chris Wolf Show, all recent past shows, as well as many shows on the normal Maine Coast TV lineup, all in beautiful HD!  For more information on Roku boxes, go to www.roku.com or www.amazon.com and search for ROKU.