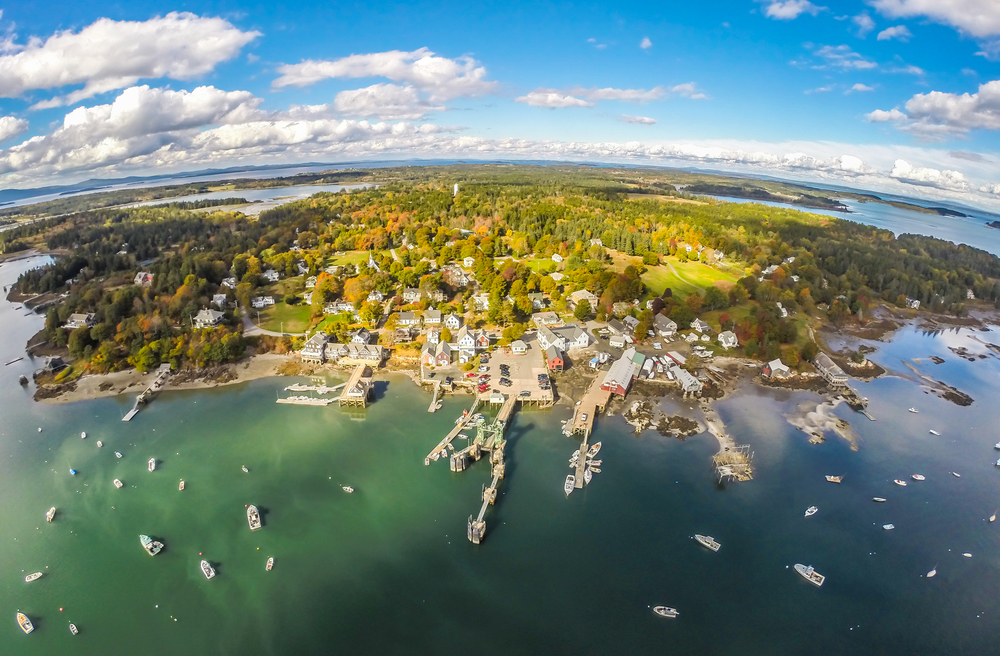 Most of us kind of know where North Haven is, but really don’t know much about it even though it’s on the other side of the Penobscot Bay and a ferry ride away from Rockland.  We probably don’t know about the great things going on over there nor much about its residents.  However, that might change in one hour.

Bill will talk about life on North Haven, the community, its people, the benefits of living on an island and also the fragile nature of island life.  We’ll see beautiful images he has created along with stories about the images.

Musician and photographer Bill Trevaskis lived in San Diego before studying composition at Berklee College of Music. He moved to North Haven, an unbridged island in Penobscot Bay, in 2005, where after plumbing for six years he became Waterman’s Community Center’s programs director.

His exploration of photography began in 2012, inspired by North Haven’s gorgeous coastal scenery. His award ­winning digital, film and aerial photography has been featured in Downeast, Working Waterfront, Island Journal, MaineBiz, and as the cover photograph for Maine Public Broadcasting’s Web presence. He has also done photographic work for designer Angela Adams and island printer Fox I Printworks. A gallery show of his landscapes will be featured at the  North Haven Gallery in July. Examples of his photography, music, and his podcast, 12 Knots, can be experienced at www.ofthelion.org.

NEW!  Watching with ROKU. If you have a ROKU box for your TV, you can add our free ROKU channel.   With the Roku box, you can see the streamed Chris Wolf Show, all recent past shows, as well as many shows on the normal Maine Coast TV lineup, all in beautiful HD!  See details at https://www.mainecoast.tv/rokuadd. For more information on Roku boxes, go to www.roku.com or www.amazon.com and search for ROKU.