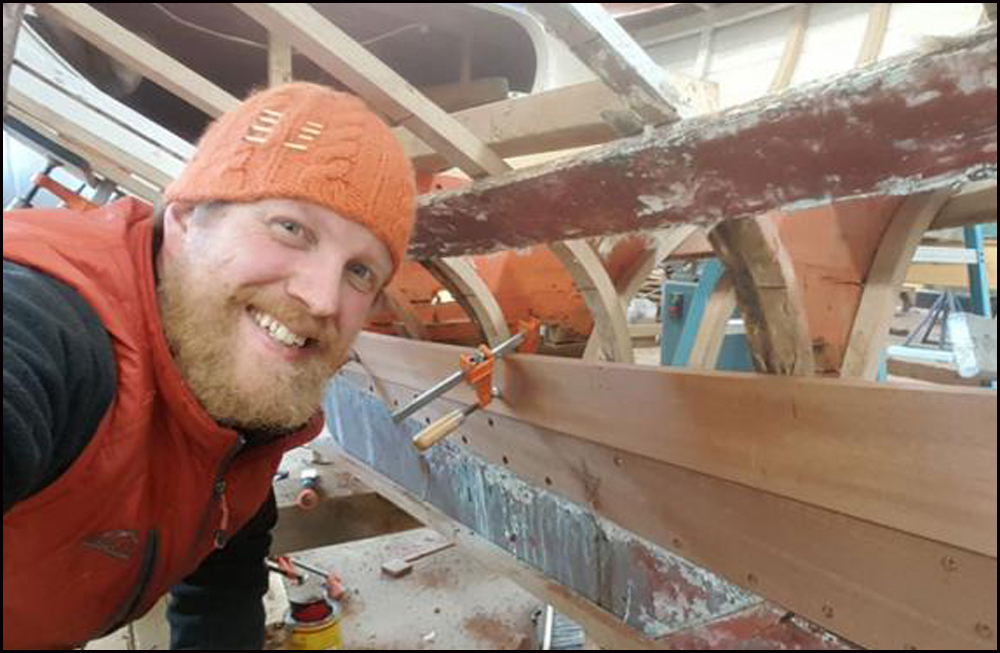 On January 23, 2017, Monday’s The Chris Wolf Show we welcome back Zachary Fowler who is a participant in the History Channel’s, “Alone.” The show is down to five survivalists left alone in the wilds of Patagonia, deep in the wilds of South America.

From Appleton, Maine, Fowler lives off the grid with his wife and two children. His YouTube videos (Makery & Mischief) give a keen insight into his ability to adapt and invent.

Perhaps you’ve followed the weekly updates posted on PenBayPilot.com by Kay Stephens as she follows Fowler through the weekly episodes. Monday he will be up-close and personal.

The show will also be broadcast on Channel 7 after the live broadcast as well as being available on b.

The Chris Wolf Show is broadcast Mondays, Wednesdays and Fridays with news from penbaypilot.com, and is a joint venture between Penobscot Bay Pilot, WRFR and Maine Coast TV Channel 7.