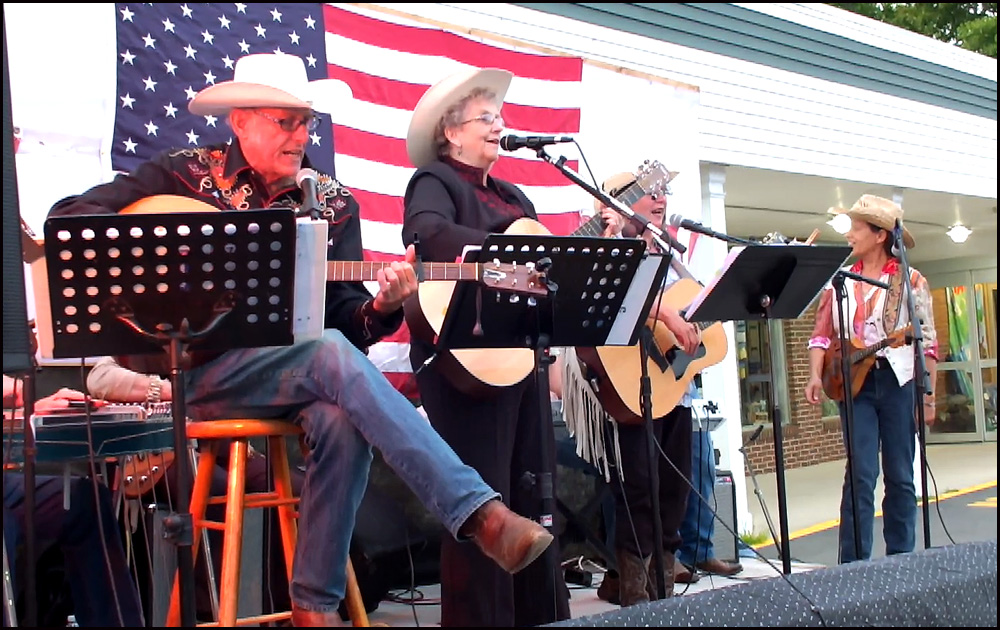 The Ramblers are on Fiddle and Mandolin, Lise Becu from Martinsville, Me.; 12 string guitar/Keyboard/vocals, Anne Danforth from Chelsea, Me.; Guitar/vocals, Donna Ryder from West Gardiner, Me. And Guitar/Banjo/Autoharp/vocals, Rosey Gerry from Lincolnville, Me.

And by the way – It’s yodel for your neighbors day.