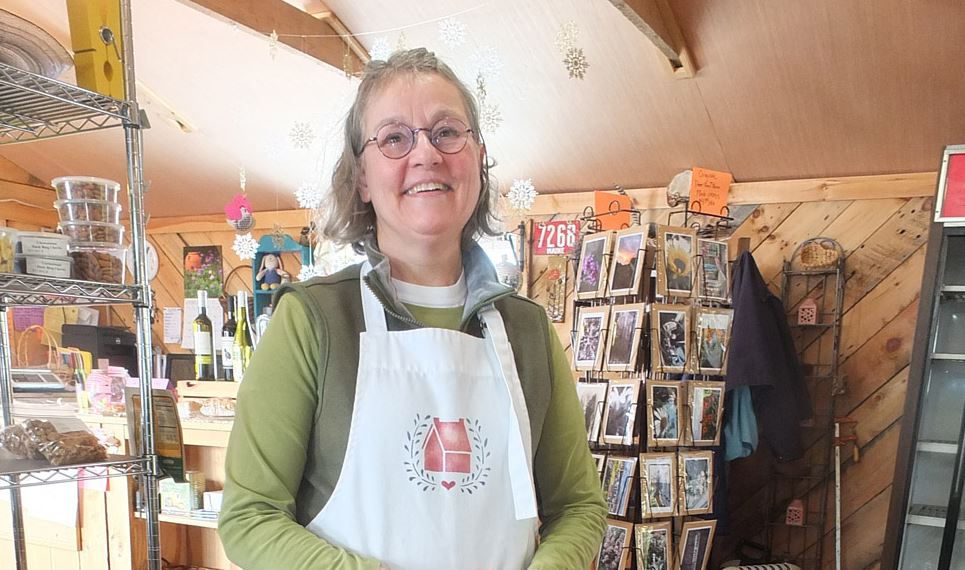 Sue Ellen Mink-Roberts owns and operates Deer Foot Farm Market and Café in Appleton with her husband Gary. But, the story doesn’t stop there. The farm is 104 years old and is filled with stories. Mink-Roberts will share those stories of life on the farm, growing up and the farm’s history in Appleton.

In her own words she said, “It was a great sense of growing up in small town America.”

She’ll share stories like the time the barn caved in on her uncle and her grandmother putting out a fire by carrying snow in her skirt. And she’ll read from her grandmother’s dairy. The Chris Wolf Show will be broadcast live at 8 a.m., Feb. 27, on WRFR Community Radio at 93.3 FM, MaineCoast TV on Time Warner Channel 7, BCTV Channel 2 in Belfast, and also on the web at mainecoast.tv/streaming.