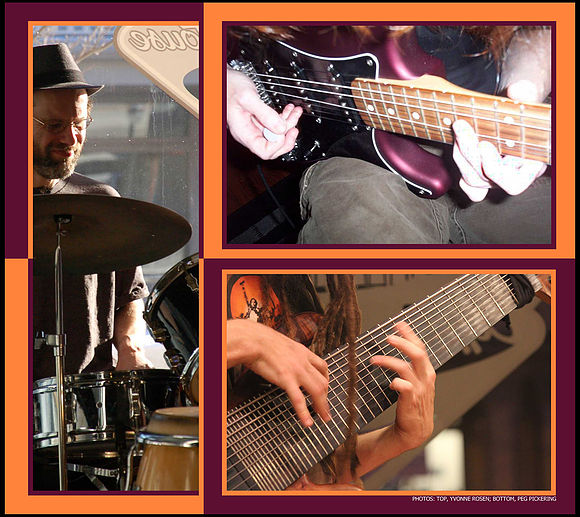 Intense performances that fall between Alternative Rock and Funk, Vicky Andres is “Life Itself.” Max McFarland, Jason Dean and Andres deliver every performance energized. Her passionate vocals can move from a vulnerable whisper to a courageous roar.

McFarland’s 11-string bass brings an incredible depth to each song and McFarland navigates a highway-sized, fret-less neck with ease.

Join us for an hour of great music and intense rhythm.