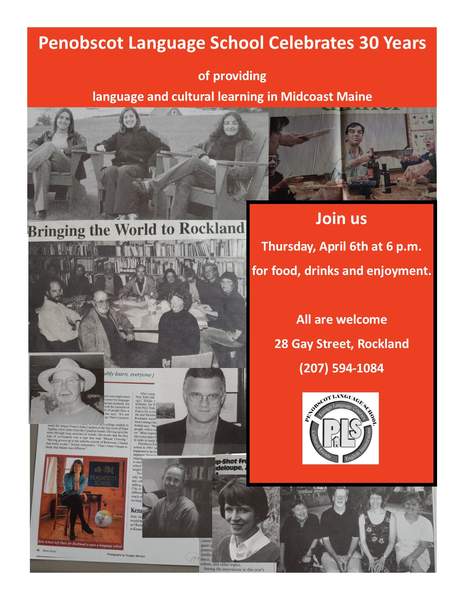 On Wednesday, April 5, 2017, The Chris Wolf Show will host Penobscot School’s executive director Joan LeMole to help celebrate the Penobscot Language School’s celebrating 30 years of providing language and cultural arts to the Midcoast on Thursday, April 6. The public is invited starting at 6 p.m. at 28 Gay St. in Rockland.

The school is known for its diverse language immersion programs and some of the best ethnic food prepared on the Midcoast in its own kitchen from countries around the world.

LeMole will talk about the school’s programs and history and take the opportunity to invite everyone to the school to help celebrate. The Chris Wolf Show will be broadcast live on Wednesday, March 29, at 8 a.m. on WRFR Community Radio at 93.3 FM, MaineCoast TV on Time Warner Channel 7, BCTV Channel 2 in Belfast, and also on the web at mainecoast.tv/streaming.