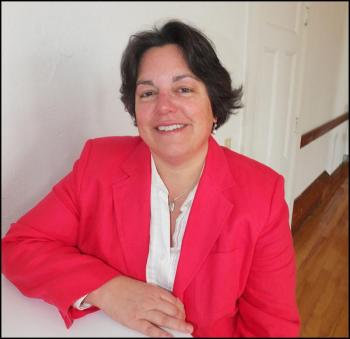 Libby was the biggest proponent of building a new middle school and the towns of Camden and Rockport recently approved a bond to make that new school a reality.

Now, we need to know timelines, when will construction start, what phases will it be done in, and when will it be completed?

Libby previously had a 15-year career at Camden-Rockport Middle School, where she taught math for six years, was assistant principal for two years, and principal for seven years.

Libby graduated as valedictorian from Camden Rockport High School in 1982, where she was very active in sports and was a member of the 1981 state championship swim team.

We welcome Maria Libby and look forward to hear how her vision of a new middle school will unfold.

The Chris Wolf Show will be broadcast live on Wednesday, September 20, at 8 a.m. on WRFR Community Radio at 93.3 FM, MaineCoast TV on Time Warner Channel 7, BCTV Channel 2 in Belfast, the Maine Coast TV ROKU channel and also on the web at www.MaineCoast.TV/live.