Cast of Oceanside Anything Goes on The Chris Wolf Show 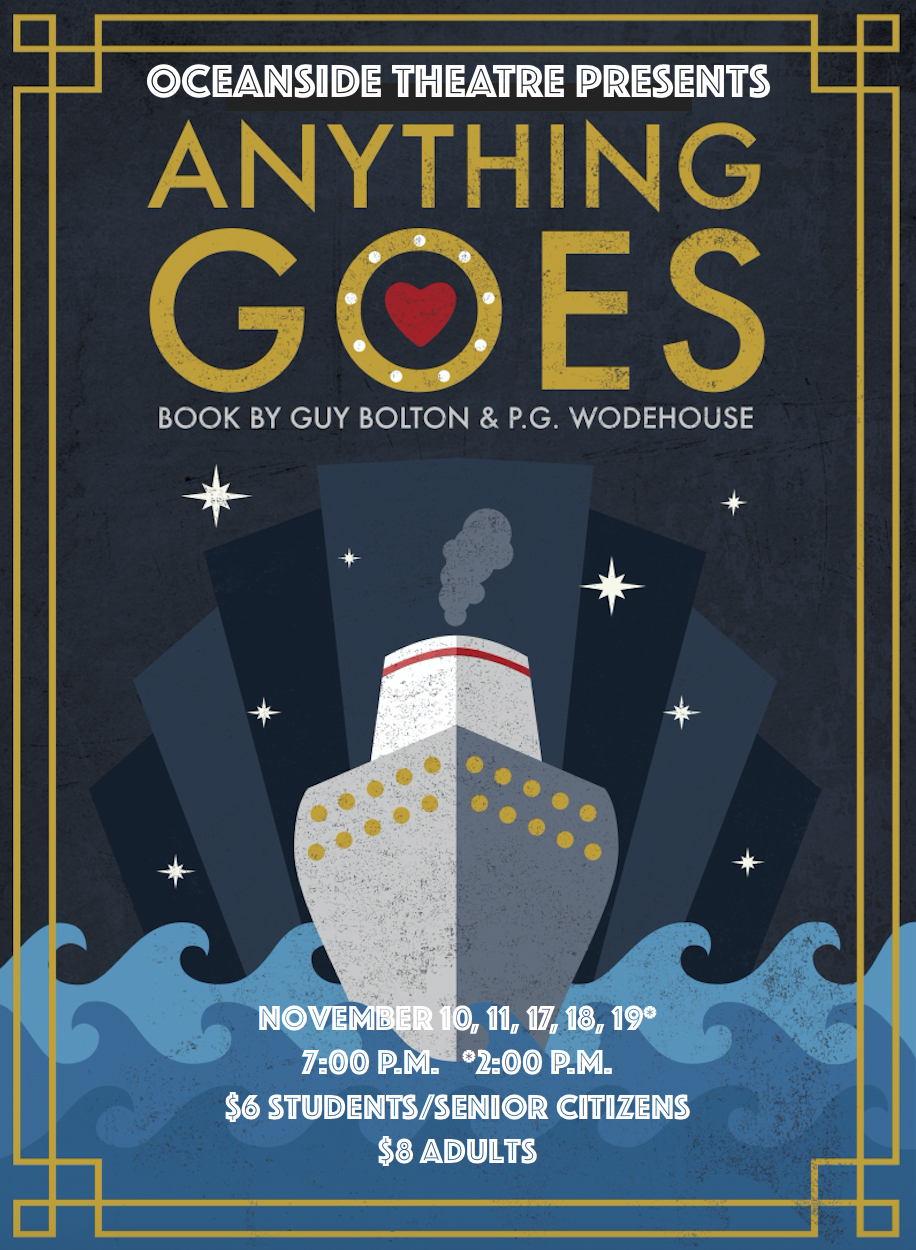 On Friday’s Chris Wolf Show we welcome some of the cast of Oceanside High School’s Theatre Department’s Anything Goes that opens November 10th.

Director Alison Machaiek says this popular musical is the perfect vehicle for us; great music and a hilarious script. Some well known and loved tunes include: You’re the Top, I Get a Kick Out of You, and of course, the show’s title Anything Goes.

The story concerns madcap antics aboard an Ocean Liner bound from New York to London.

The Chris Wolf Show will be broadcast live on Friday, November 3, at 8 a.m. on WRFR Community Radio at 93.3 FM, MaineCoast TV on Time Warner Channel 7, BCTV Channel 2 in Belfast, the Maine Coast TV ROKU channel and also on the web at www.MaineCoast.TV/live.

The Chris Wolf Show is broadcast Mondays, Wednesdays and Fridays and is a joint venture between WRFR and MaineCoast TV Channel 7