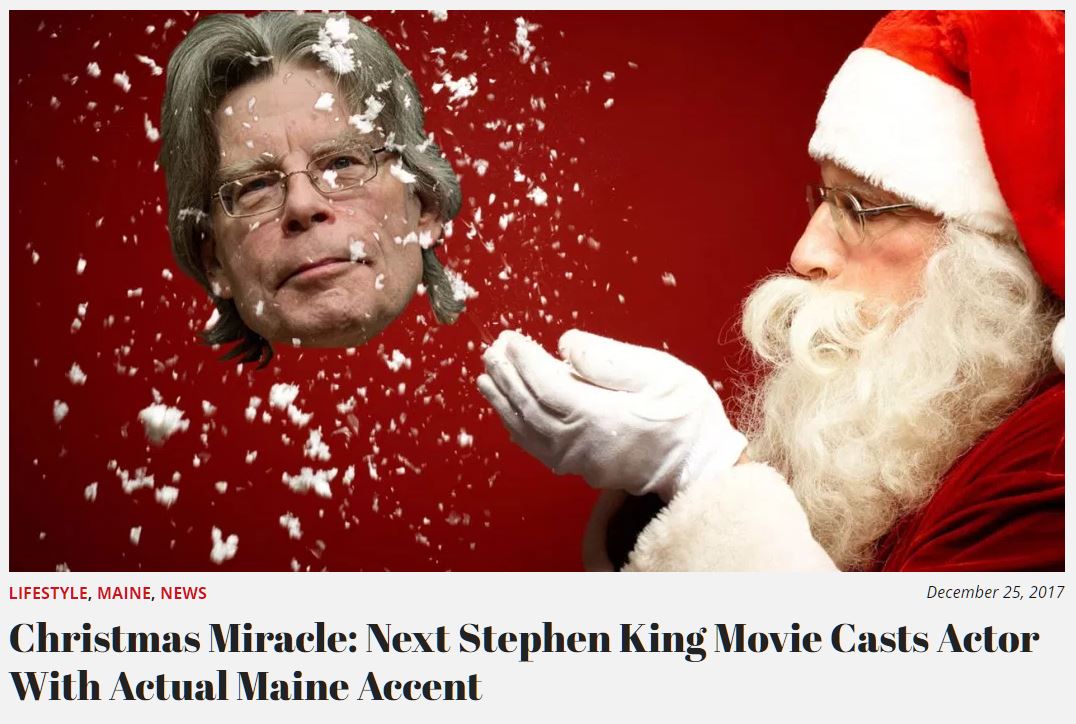 One of the hottest recent Maine websites is NewMaineNews.com, an irreverent, satirical, snarky look at Maine. It’s sort of like our version of “The Onion”, but it doesn’t leave a bad taste in your mouth. Just don’t read it right before going out on a date.

According to their website, so it must be true, the New Maine News was formed in 1820 to champion the statehood of Maine, hence the name New Maine News. Originally founded by a collective of Maine farmers and fisherman, it was bought out by wealthy Boston newspaperman Victor Montpelier Cabot Lamont II in 1859 for a sum of $75 to be paid out over a period of 100 years. The paper was then sold by Lamont in 1860 to a collective of Prohibitionists, who renamed the paper The New Dry Maine News. The name stuck until the passing of the 18th Amendment, at which point the senior staff of the paper decided it was redundant, since all newspapers were technically dry newspapers. The name was changed briefly to Maine’s Perfected Daily Triumph in Print and then back to New Maine News.

On Wednesday, January 3, we’ll have the actual alleged founder of New Maine News, Seth Macy, as our special guest. Who knows what might happen, but it’ll be worth tuning in.