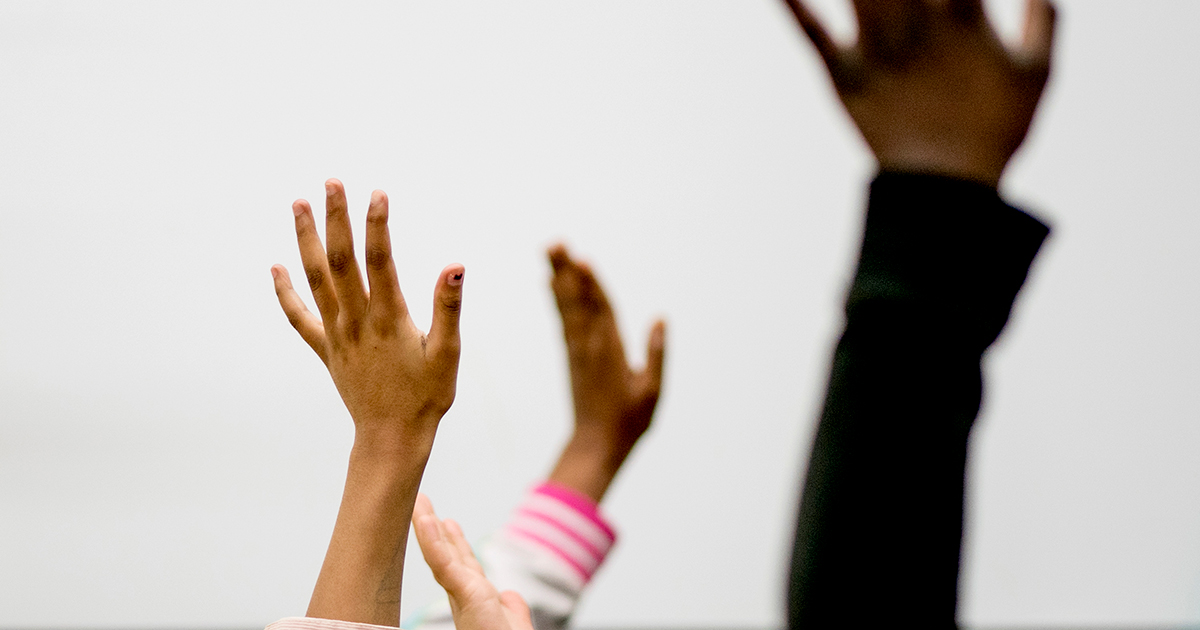 In the wake of the state’s botched proficiency-based learning experiment, legislators tackle a new proposal that spells out core requirements for receiving a high school diploma.

AUGUSTA — Calling the implementation of proficiency-based education in Maine “the blunder of all blunders” on Wednesday, Rep. Justin Fecteau (R-Augusta) outlined his vision for how high school diplomas should be issued moving forward.

In 2012, Maine lawmakers passed a bill to require all high schools to issue diplomas based on a student’s ability to demonstrate proficiency in multiple areas. This differed from a traditional system based on time spent in class to one that allowed students to take tests multiple times until they mastered a subject area. After several delays, all high schools were supposed to create their own system by 2021.

That all changed in July, when lawmakers reversed course following a groundswell of opposition from parents who were angered and confused by the system. But because some school districts had spent years working to comply, lawmakers decided to make the system optional rather than mandatory.

Fecteau, who teaches German at Maranacook Community High School in Readfield, told fellow members of the Legislature’s Education and Cultural Affairs Committee that he wants to remove all references to proficiency-based diplomas from state law and provide clear direction for school districts.

His bill, L.D. 985, originally sought to repeal the controversial proficiency-based system, but Fecteau presented a new version Wednesday to clarify the standards students must meet to graduate from high school.

Eight school districts awarded proficiency-based diplomas in 2018, and two are scheduled to join the list this year – Regional School Unit 16 (Mechanic Falls, Minot and Poland) and Falmouth. Under Fecteau’s revised bill, those districts and others that choose to use the system can continue to issue proficiency-based diplomas. But he emphasized that he and Maine Department of Education officials hope to clarify state standards so that only one type of diploma is granted in the future.

“Living in a small state with two different diploma options has further separated students from a uniform set of experiences and outcomes,” Fecteau said. “It has created hostile school board meetings, a distanced relationship between teachers and administrators, and curriculum that is more focused on jumping through specific hoops, rather than a focus on holistic, inquiry-based and immersed learning that challenges all students at every level.”

Living in a small state with two different diploma options has further separated students from a uniform set of experiences and outcomes. It has created hostile school board meetings, a distanced relationship between teachers and administrators, and curriculum that is more focused on jumping through specific hoops, rather than a focus on holistic, inquiry-based and immersed learning that challenges all students at every level.”

Setting diploma requirements has been a difficult issue for state education officials for many years, said Grace Leavitt, president of the Maine Education Association. She recalled task forces dating back to the early 1990s that worked to “have clarity around this very important topic.” She testified in support of Fecteau’s bill as amended.

“After much conversation, MEA feels that L.D. 985 is a reasonable way to allow for those who feel they are able to proceed with determining a student’s level of proficiency on standards to do so, while also making it clear that there are minimum instructional requirements that will be met,” she said.

Unlike a year ago, when dozens spoke for and against the proficiency-based system at a marathon public hearing before lawmakers, Wednesday’s hearing was relatively low-key, with discussions focusing on education policy and how the state can assure employers that high school graduates have at least a basic level of competency.

Following the July vote to make the system optional, superintendents across the state expressed a variety of opinions about proficiency-based learning, with some relieved to have more time to decide whether to implement it and others saying they’d already put in a lot of work and would not change course.

Pressure from parents in places like Lewiston, Auburn and York and a failure by the education department to provide support for implementation prompted lawmakers to make the system optional rather than mandatory. When it originally passed, the proficiency-based system was lauded as a way to get away from a system that valued time spent in school and move toward one that makes sure students have mastered basic concepts before they can move on to the next grade or graduate.

At that time, 54 percent of Maine high school graduates needed remedial schooling before they could enter community college. Former Sen. Brian Langley (R-Ellsworth) fought hard to keep the proficiency-based system in place, saying that as a culinary arts teacher and restaurant owner, he worked with students who had graduated from high school without being able to do simple math or write well enough to work in a restaurant kitchen.

While implementing the system in local schools, some districts changed their grading system from A-F scoring to 1-4, which measured whether students could demonstrate proficiency in areas such as math, science and English. The new grading scale confused and angered many parents, especially those with high schoolers needing transcripts to get into college.

The concern that students could be disadvantaged by applying to schools using a 1-4 transcript was again expressed Wednesday by some who testified in support of Fecteau’s bill, including Rep. Billy Bob Faulkingham (R-Winter Harbor).

“In a proficiency-based system. a student is never failing in their work – they simply ‘haven’t met standards,’” he said. “This is a disturbing and difficult way to assess standards.”

In response, Rep. Victoria Kornfield (D-Bangor) said Faulkingham should address his concerns to his local school board members, since they’re the ones that designed the system in his area. She also said she felt action by the Legislature last year to make the system optional seemed like a good compromise.

Even former Gov. Paul LePage, who made the proficiency-based system one of his key education initiatives, agreed last year that it wasn’t working as intended.

“The implementation of the original proficiency bill moved us in the opposite direction of what I intended when I signed it,” he wrote in letter to the Legislature.

Now, nearly a year later, the political landscape has changed dramatically in Augusta. Democrats control the House, Senate and governor’s office. New Education Commissioner Pender Makin has promised to work closely with school districts on major education initiatives rather than mandate changes from the state level down.

Earlier this year in an interview with Pine Tree Watch, Makin said the emphasis on making sure students meet state standards — and giving high schoolers a clear picture of what it means to meet them — has been a positive part of the proficiency-based system.

“Whether students are having achievement catalogued standard by standard, on a 0-4 scale or a 100-point scale or credit, they are all graduating with proficiency in all areas,” Makin said.

In written testimony given to the committee, Janette Kirk, the education department’s chief of learning systems, said Fecteau’s bill would give school districts the option of using “multiple pathways” and flexibility to help students reach state standards.

“The amended bill will eliminate the bifurcated diploma law,” she wrote.

A work session has been scheduled for Monday at 10 a.m. in Room 208 of the Cross Building.