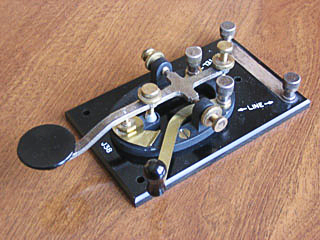 By Glen Birbeck — The Buzz —

In the waning years of the 19th century, say 1895, there were radio signals but no radios. Nature has always sent messages by spark generated radio waves , the announcement of a thunder storm on the other side of the planet. Up until those years no person had ever listened, They couldn’t, there were no receivers.

But the first amateurs , men like Marconi, Fesenden and Popov began to intentionally tickle the electromagnetic soup. The layer of atmosphere is a thin stew with a conductive lower layer, the Earth and an ionized upper layer at the edge of space. Between them is a really handy whispering gallery. A whispering gallery is cool. It focuses sound over distance such that a whisper can be heard clearly hundreds of feet away.

Since sparks were easy to make with electricity these early experimenters devised ever more powerful spark transmitters. The master of this is a legend today, Nicola Tesla. This would have been heady stuff to the twelve year old techno nerd of 1905 . Not just the news of it but it was stuff you could build yourself!

There WERE transmitters. Many and powerful they were in spite of a lack of listeners. They sent their waves hundreds of miles launching them from antennas many miles long. The “transmitters” were the coils and commutating brushes of thousand Horse Power motors and generators in the first generation of electric power plants , hydro and coal fired. The motors started replacing the water wheels in hundreds of mills. The sparks were inadvertent as were the resulting radio bursts.

Magazines soon appeared to show you how to build your own radio set. Before ships at sea were required to have radio and before even Navies had them amateurs did.

I was twelve in 1958 but the radio bug bit me anyway. I learned the Morse code and got a “Ham” license. My cyclic interest and circumstance made for long periods of inactivity – but I’m back.

Retirement means old hobbies. I have many but at the moment I ‘m building an antenna system. With that and an old radio I should be talking (in dits and dashes) to other hams all over the world soon.

Not surprisingly the technology of high frequency radio transceivers has changed. The equipment started out “boat anchor” heavy and expensive. Now it is light and in constant dollars , inexpensive.

Amateurs once could only build their stations. There was no equipment being made and when it was it was expensive.

Building now is less common, most hams buy everything. Imagine how that boy from 1905 would view modern radio technology?

I hope there are still amateurs in the year 2115 . The curiosity of the amateur is what has produced the progress. I like to think too that listening to Morse code at 40 words per minute, visualizing letter by letter in my head, is good mental exercise. On larger and smaller scales we need to keep our grey matter healthy. But why wait for retirement?

To see this and other stories from this issue of The Buzz, Click Here.