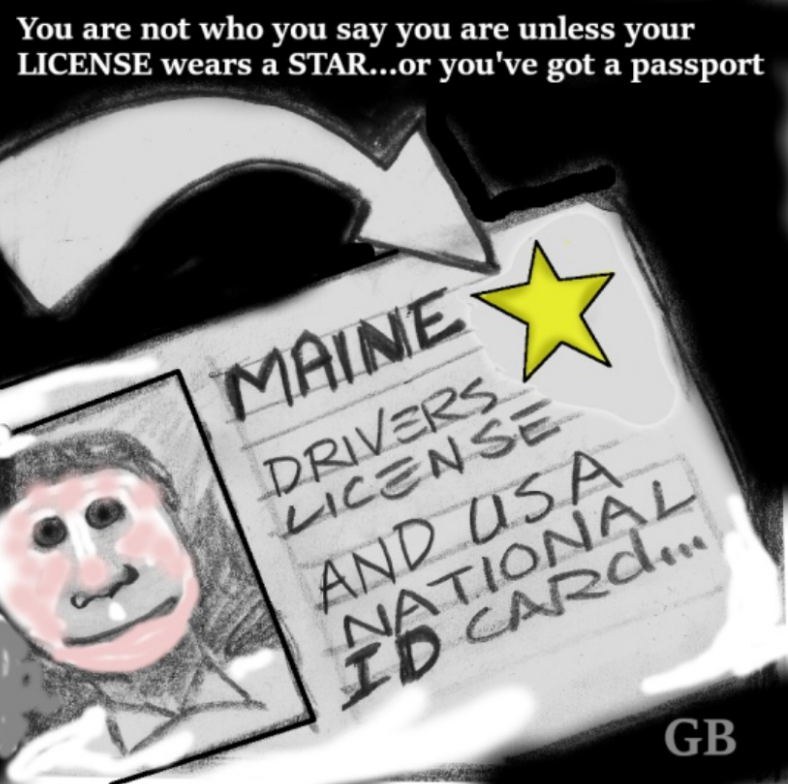 By Glen Birbeck — The Buzz

For a long time the idea of an ID card requirement for US citizens was toxic. Other countries, none as free as ours, have them, but not here. We do have drivers licenses. Driving is a right, not a privilege, I am told. But driving requires competence and demonstrated skill. These we test and issue a license for.

Without an ID card as such, states and the federal government started asking for driver’s licenses as IDs. That process has continued. The Federal government passed a law in 2005 called the “Real ID act” The law was one of the measures in response to the 9/11 commission’s report. It is now 15 years since that law’s enactment. In less than a year from now, in October 2020, the law will be fully implemented. No US citizen will be allowed to board a commercial airliner without showing a driver’s license compliant with “Real ID’s” requirements. The only other ID TSA will accept is a valid USA passport.

The apparent difference between a Real ID driver’s license and the old license is a star in the upper right corner. I am not known for being politically to the right…but wearing a star, even on an ID card, makes me think of Germany in the mid 30’s. Jews were required to wear a star on their lapel. Here NOT having a star will mark you as different.

The reason I must accept this is that it is logical. I know the history of this process. I don’t like it, but as with the TSA pat down, I can’t think of an alternative. Is it a slippery slope to a totalitarian government? Yes, its greased Teflon. Shouldn’t surprise us, its the same path. Government as protector or government as overseer. Everyone will get used to this as we do to everything. Then it will be “improved” by deeper digging into each person’s potential for illegal acts. You will be safe and have relative freedom as long as the algorithm vets you positive. If one day you’re branded as a terrorist you will not be told why.

The states are being coerced into acting as front office for this national ID. The threat of losing federal money is always the cudgel within TSA’s velvet glove. They’ve just about got all the states on board but much needs to be done before October. According to the handout I got at the DMV this week there are four categories needing to be verified. Identity, lawful status in the USA, Social Security Number, and Maine residency. The handout lists the documents needed to nail each of these categories.

Added costs to the states to comply with the law are in the billions of dollars. This might be part of the reason states have been dragging their feet in its nuts and bolts implementation. Maine will start issuing ID cards and “Real ID” compliant driver’s licences on July first. The fees charged now reflect this added bureaucratic cost. To get just an ID with the star will cost $30. To obtain or renew a non-commercial license will be $55 or $40, those over 65 getting the savings. Commercial licenses will be $59 or $48. The price for a duplicate of any of these will be $30.

If you’ve been a snow bird, as I have for the last ten years, you’re used to flying with a passport. That will still work for flying inside the USA or leaving it. The State department issued passport has always been a pseudo national ID, the US government’s assurance to a foreign government that you are bona fide, a citizen of this country with all the rights, etc.

This article was also published in The Buzz, a joint publication between WRFR.org Community Radio and MaineCoast.TV Community Television.