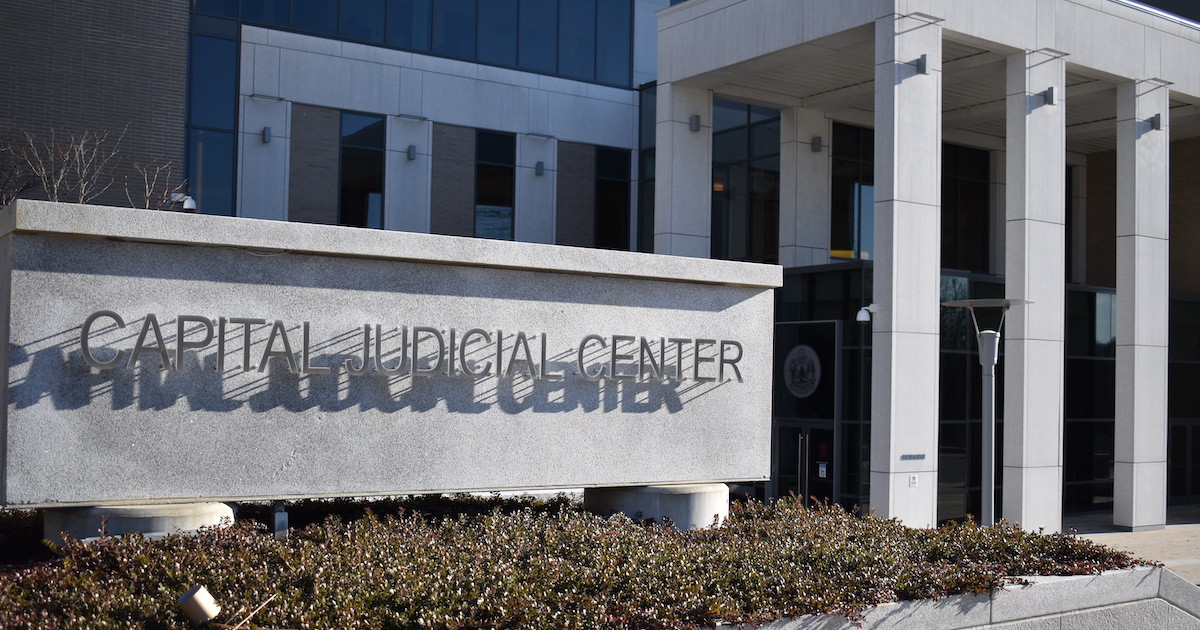 The number of detainees in several county jails is more than triple the limit for gatherings recommended by Gov. Janet Mills to avoid the spread of COVID-19.

AUGUSTA — Maine is reducing its jail population as the state aims to avoid potential exposure of staff and inmates to COVID-19, the illness widely known as coronavirus, inside its locked facilities.

Maine’s judicial branch cancelled or postponed the majority of court proceedings through May 1 in light of the rapid spread of coronavirus with exceptions carved out for in-custody hearings for adults and juveniles and certain motions, mental health and protection case hearings. The state’s trial chiefs also signed an order on Monday immediately vacating more than 12,000 financially based warrants of arrest for unpaid fines, restitution, court-appointed counsel fees and other court fees.

“There is a concerted effort by defense attorneys, prosecutors, and the county sheriffs to try to reduce the jail population as much as possible, as our clients are some of the most vulnerable to contracting, suffering from, and spreading infectious diseases,” said Tina Nadeau, executive director of the Maine Association of Criminal Defense Lawyers. “They are sitting ducks to coronavirus if they are in custody.”

The shift was evident by Monday with security guards advising walk-ins to leave the Capital Judicial Center while wearing protective rubber gloves.

Justice William Stokes repeatedly said the courts were experiencing “unique times” as he approved cash or personal recognizance bail for all but two of 15 detainees at the Kennebec County Correctional Facility during arraignment on Monday. Several faced felony charges or a previous failure to appear in court but saw the barrier to leave the jail set lower than usual by prosecutors.

Coronavirus, a respiratory illness that can be spread person-to-person, was cited by Kennebec County Assistant District Attorney Kristin Murray-James as the reason for the state’s lighter bail requests.

COVID-19 is caused by a member of the coronavirus family that’s a close cousin to the SARS and MERS viruses that have caused outbreaks in the past. The virus first appeared in late 2019 in Wuhan, China and has since spread to over 100 locations internationally, including the United States. The World Health Organization announced the virus spread was pandemic on March 11.

As of Monday, the Maine Center for Disease Control and Prevention had identified:

The Maine CDC did not release the location of the six other individuals who test positive for the coronavirus.

There were also nine “presumptive positive” cases in Cumberland, Androscoggin and Kennebec counties. “Presumptive Positives” are tests for the coronavirus that came back positive from a non-governmental lab and were sent for validation at the State’s Health and Environmental Testing Lab.

As the number of positive cases climbed from three to 17 Monday, Gov. Janet Mills (D) declared a civil emergency on Sunday and recommended that all events with 50 or more people and gatherings of more than 10 that include individuals at higher risk for severe illness should be postponed.

The number of detainees and inmates in several county jails is more than double or triple that limit. Between 140 and 150 people were booked in each of York, Androscoggin, Kennebec, Somerset and Penobscot county jails as of Monday. There were an additional 332 people on Cumberland County’s inmate roster on Monday morning.

“Governor Mills has made it very clear we need to reduce the number of people that are gathered in one place so we don’t spread this virus,” said District Attorney Maeghan Maloney, who oversees Kennebec and Somerset counties.

Close confinement and the “coming-and-going” of arrested people could bring the virus into the jails, said Maloney. She said on Tuesday that she was supportive of local sheriffs’ advice to use summons rather than arrests during the outbreak unless the person posed a public safety threat.

Before the weekend, the Cumberland County Sheriff’s Office temporarily suspended all visits to the Community Corrections Center to prevent potential exposure of the virus to staff, inmates and detainees. A cascade of closures followed with Hancock County closing the jail to friends, family and outside programming at 10 a.m. on Saturday and Somerset County screening all visitors with a forehead thermometer before suspending all visits on Monday morning.

Attorneys are one of the last outside groups still allowed inside the facilities, despite the apprehension of some jail administrators that it could bring the virus into the jails.

Franklin County’s jail administrator, Major Douglas Blauvelt, met with the county department heads on Monday afternoon to decide whether to continue to allow attorneys inside the jail. Ultimately, it was decided that in-person attorney visits would also stop and lawyers would have access to clients through phone or video conferences only.

If the virus circulated inside the facility it “would be a disaster,” Blauvelt predicted. Allowing attorneys to enter was potentially increasing the risk for everyone.

Josh Tardy, chairman of the Maine Commission on Indigent Legal Services, called an emergency telephone conference on Monday with staff and private defense attorneys. The commission oversees one of the state’s few constitutionally required services, which is to provide lawyers to clients too poor to hire their own when there is a risk of jail.

The goal of the meeting was to set protocols for how attorneys would continue to represent in-custody defendants and argue bail during the partial court shutdown.

“We are in uncharted territory,” Tardy said.

To move people out of custody more quickly, the state instructed courts to begin daily arraignments for people held in jail. However, that may not include putting detainees physically in front of a judge in all counties.

Only some of Maine’s courts have remote video conferencing between the county jail and courthouse. Cumberland County stopped transporting pre-trial detainees to the courthouse on Monday and instead had lawyers meet in non-contact visitor spaces with clients at the jail and then the lawyer appearedin the courtroom.

Commissioner Bob LeBrasseur, who accepts court-appointed cases as part of his private legal practice, was one of three attorneys assigned to work as lawyer of the day at Cumberland County Jail on Monday. He said the lawyers were isolated in non-contact meeting rooms and used a phone to speak to clients. The lawyers held sheets of paper against the window to communicate with guards and bring in clients.

“There is no easy way to directly communicate with the guards,” LeBrasseur wrote in an email. “We are fortunate in Cumberland County to be dealing with a greater group of transport officers. We understand it is a work in progress.”

At the Capital Judicial Center in Augusta, where in-custody arraignments are regularly completed by video conference, a loud cough off screen echoed off the microphone inside the jail conference room where two lawyers and 15 detainees waited. The lawyer often stood shoulder to shoulder or within a few feet of the detainees.

Symptoms of the coronavirus include fever, cough, sore throat and difficulty breathing, and it can be spread through cough, sneezing, close personal contact and touching surfaces with the virus. Symptoms of the virus may not appear for 2-14 days after exposure.

After the video feed ended, ADA Murray-James commented that she was surprised the defense attorneys had been allowed inside the room with defendants. Defense attorneys are expected to begin video conferencing with clients from the courtroom later this week, Maloney said.

Maine Pretrial Services did not go into the jail to interview people detained in the Kennebec County Correctional Facility on Monday, though contracts with the nonprofit were still set as a condition of bail in some cases. MCILS also did not screen defendants for financial eligibility for a state-paid attorney, but all detainees were assigned attorneys by Justice Stokes.

“There are no ‘ideals’ in this situation, but jails are — at this point — being respectful and protective of a client’s right to have access to their attorney,” Nadeau said.

Executive Director John Pelletier was instructed by the eight-member commission to work with the county sheriffs to evaluate whether a secure video conferencing system could be implemented to allow attorneys and clients to meet safely.

The partial court shutdown is anticipated to be a period of significant financial hardship for attorneys whose practices are majoritively court-appointed for defendants who cannot afford to hire their own attorney, Nadeau said.

Invoices are filed at the end of a case, but all criminal jury trials, grand juries and previously scheduled cases are postponed.

Pelletier expects to use his authority as executive director to pay interim vouchers to attorneys during the court shutdown. The commission will wait to give official guidance on possible billing caps until next week.

The Appropriations and Financial Affairs Committee voted at 7:30 p.m. on Monday to strip the supplemental budget and pass an amended, parsed-down $73 million bill to prepare the state to respond to the virus and meet its other major obligations to keep schools and the government funded. It includes $2.036 million for MCILS.

The House and Senate chambers preliminarily passed the budget on Tuesday.