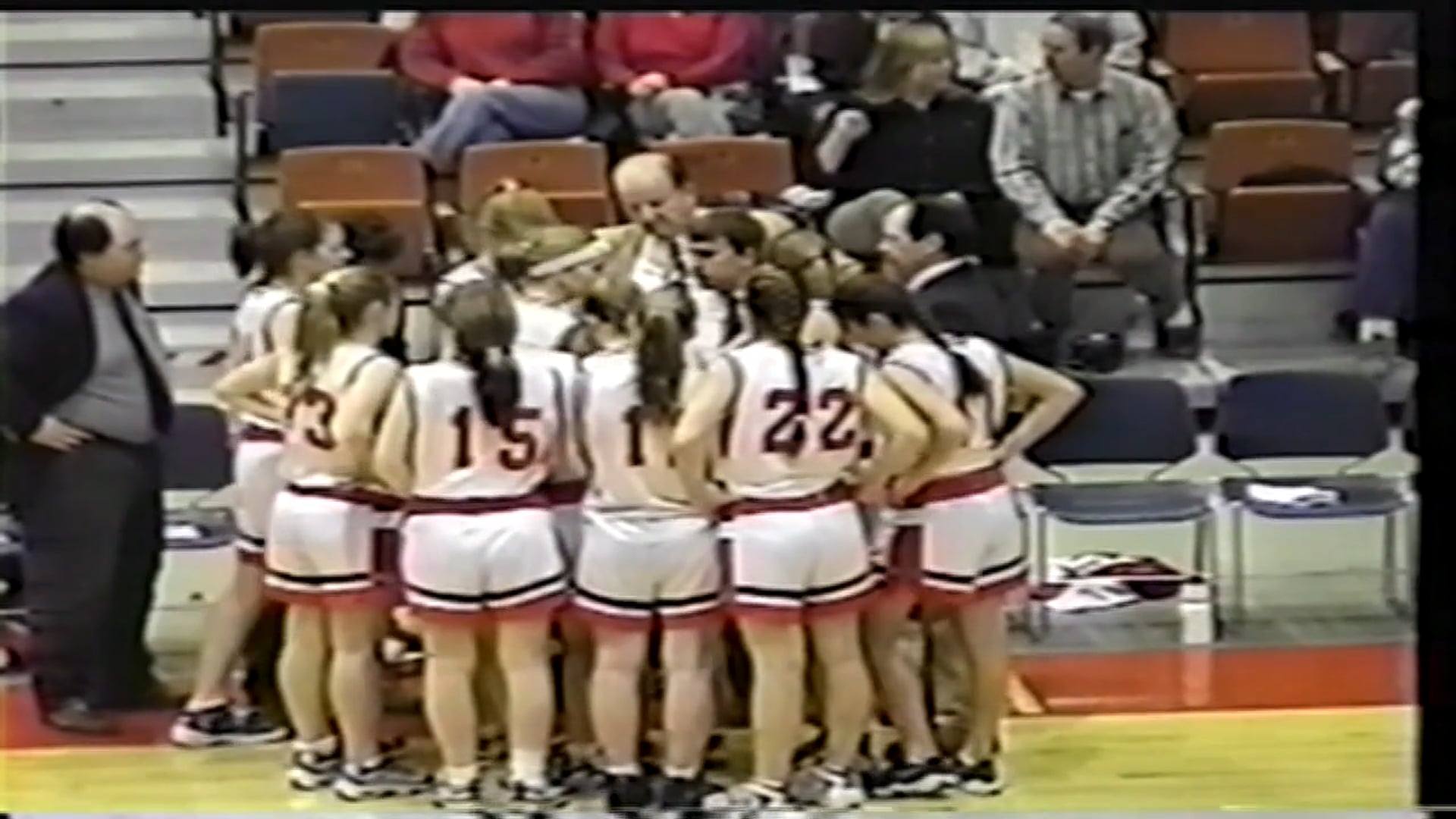 Vintage Basketball Game # 16 is the 1999 Class B Girls KVAC Championship between the Windjammers of Camden-Rockport and the Eagles of Erskine Academy, played at the Augusta Civic Center. The National Anthem was sung by Camden-Rockport’s Richard Hyssong. Coach Jay Carlsen’s Windjammer starters were Megan Cressler, Sarah Dailey, Megan Bedford, and Becca Neville, and Deidre Beveridge The starters for Coach Scott Corey’s Eagles were Amber Castle, Jo Farrington, Heather Haskell, Jennifer Nord, and Emily Willabee. ( please let us know if any of these names are misspelled, and we only had audio to go by for the names when we digitized the games). This game will be available later today on the Maine Coast TV website. At the conclusion of this game, stay tuned for the KVAC Athletic, Academic, and Coach Awards for all teams in the KVAC.