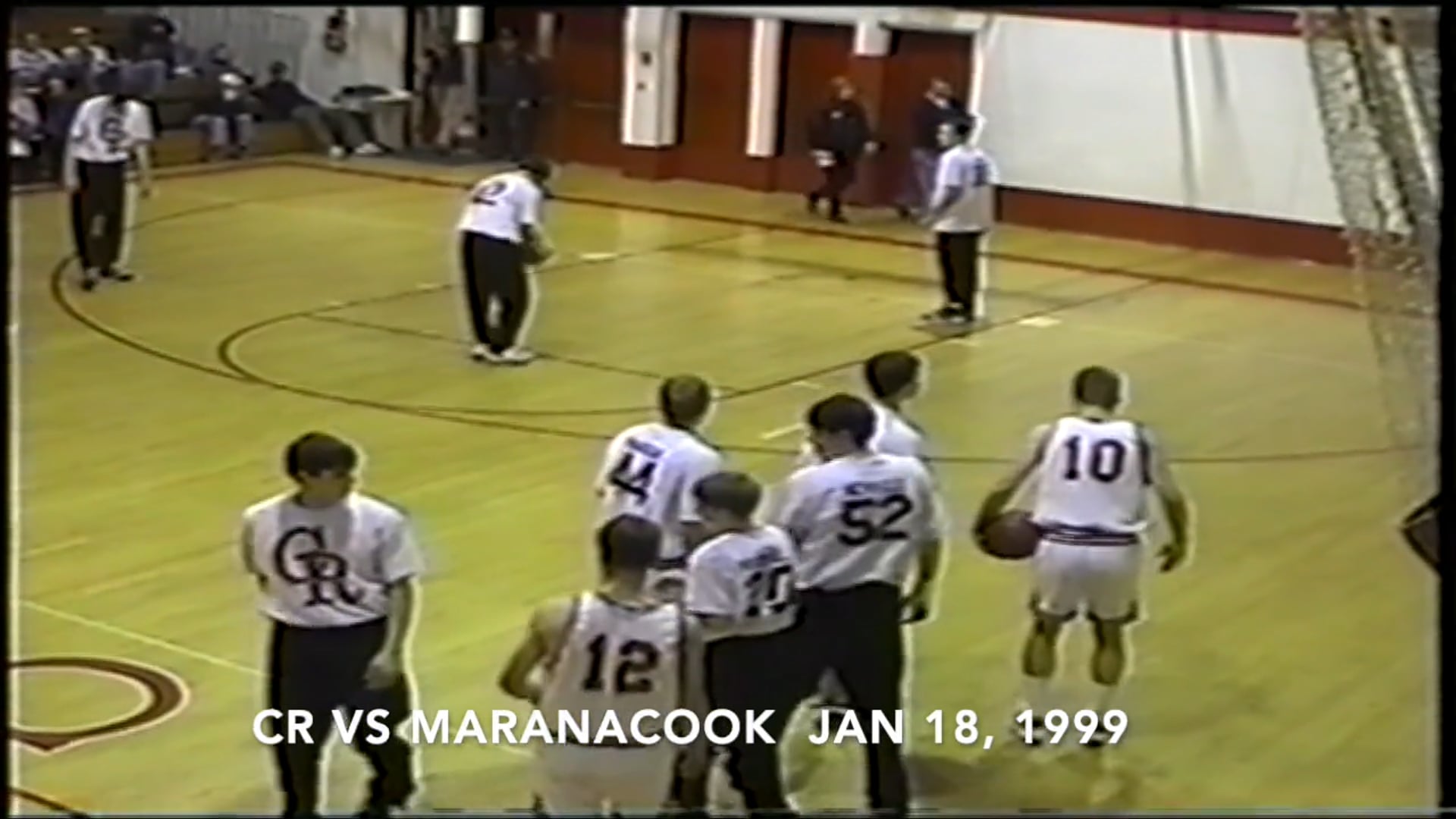 This Vintage Boys Basketball Game # 19 is between the Windjammers of Camden-Rockport and the Black Bears of Maranacook. This game was played on January 18, 1999 at Camden-Rockport ( the last season at the C-R gym). Coach Jeff Hart’s Windjammer starters were Jim Wilson, Mike MacDonald, Tory King, Tim Marden, and Nate Neville. Coach McCallister’s starters were Andrew Boink, Brian Garrity , Matt Wilson, Ryan Raines and Tony Creek. The broadcasters are Charlie Crockett and Don Palmer.