A Beautiful Day to be Out on Rockland Breakwater! 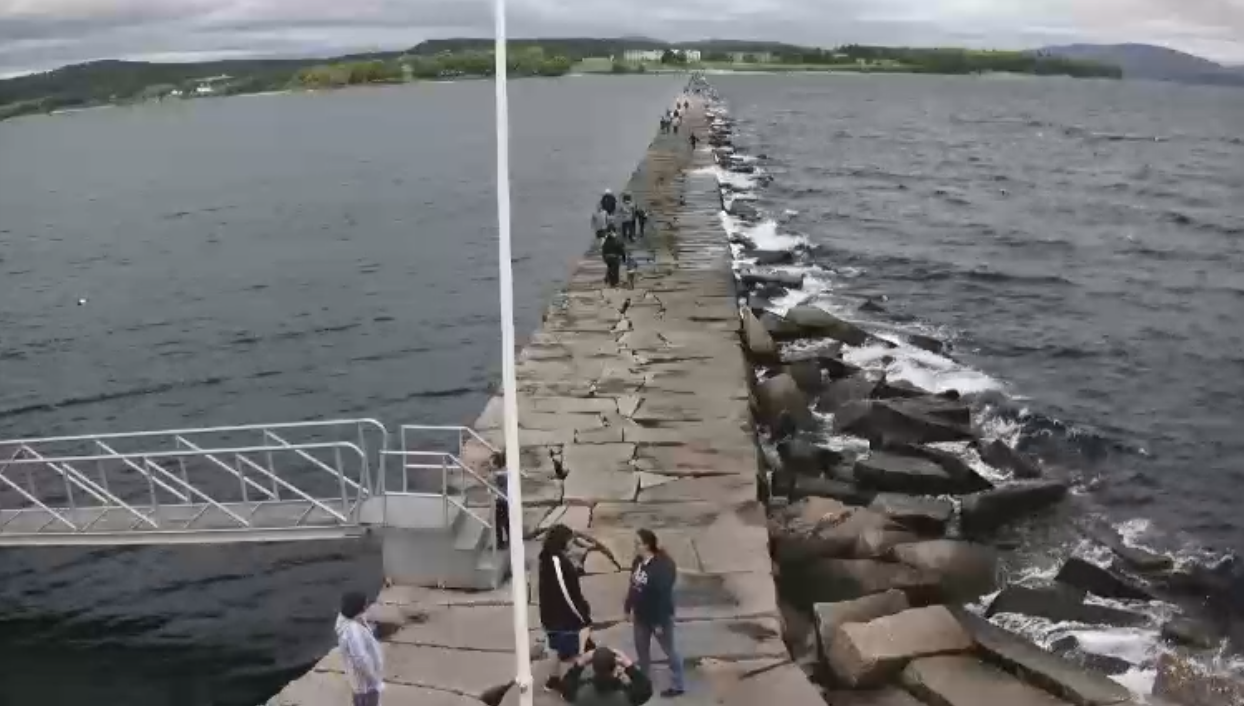 The Rockland Breakwater is an amazing part of Midcoast Maine. It’s a great place for a walk and for an amazing view. It’s 4,365 long so a walk out and back is almost two miles.

The city of Rockland is located on the west side of Penobscot Bay in the Mid Coast region of Maine. Its harbor, long regarded as one of the finest east of Portland, was frequently used in the 19th century as a safe harbor during bad weather. It was less than ideally suited to this task, because its large east-facing opening would still subject ships at anchor to storms with winds from the northeast. Major storms in the 1850s highlighted the need for improved harbor protection, but federal appropriations for a project were not approved until 1880. Between 1880 and 1900 the United States Army Corps of Engineers, under a series of Congressional appropriations, built the breakwater. The lighthouse standing at its end was added in 1902.

The breakwater extends south from Jameson Point (marking the northern point of the harbor mouth), and has a total length of 4,364 feet (1,330 m). It is built out of locally quarried granite, and has a roughly trapezoidal cross-section, its seaward face sloping more gradually than the harbor side, in order to better take the battering of sea waves. The top of the breakwater is about 43 feet (13 m) wide, while its underwater base is an estimated 175 feet (53 m) wide. The visible top is formed out of coursed granite blocks. About 700,000 tons of rock were used in its construction. The breakwater is believed to be unique among Army Corps 19th-century breakwaters in its exclusive use of local material