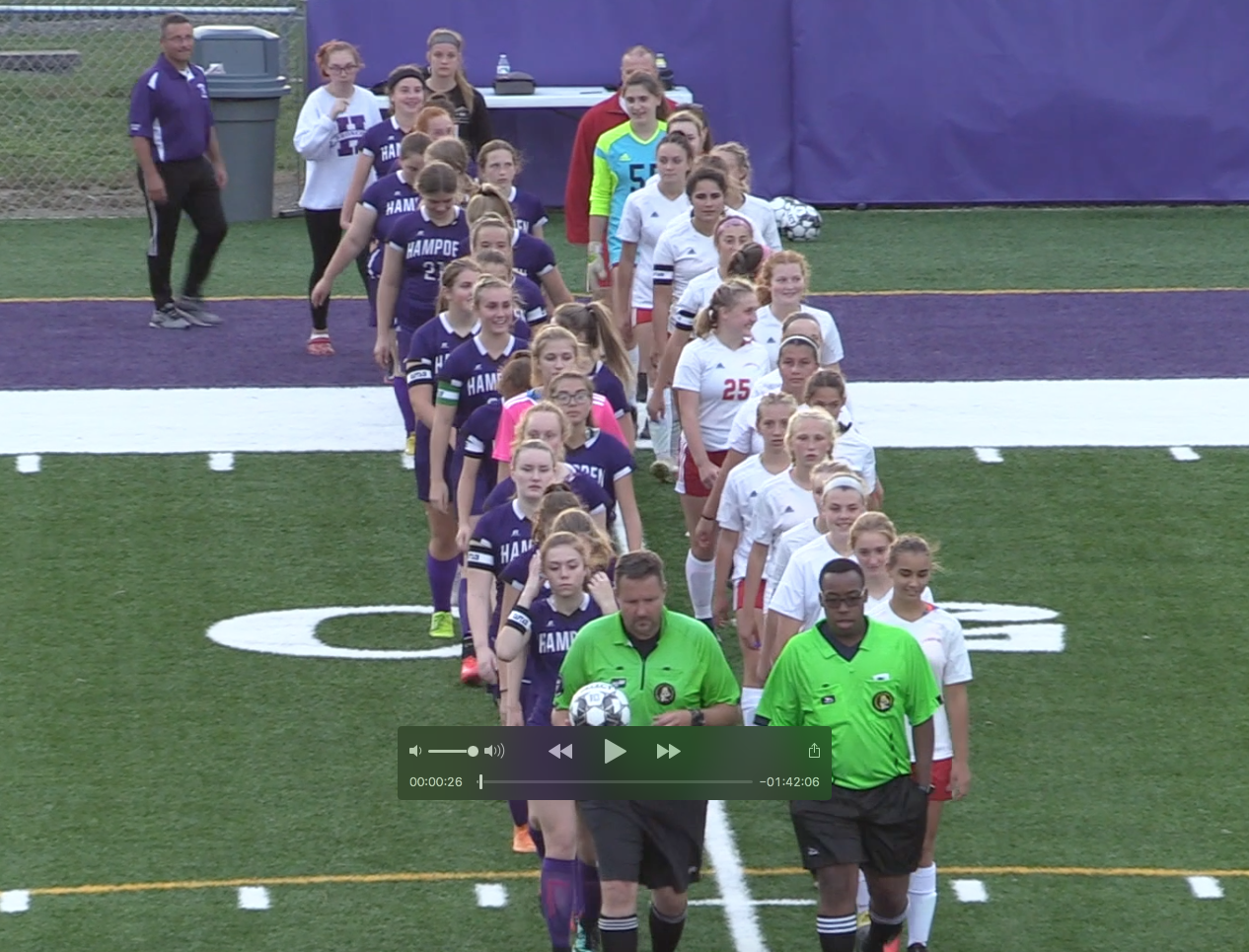 Watch this Maine Class A Girls Soccer game between the Windjammers of Camden Hills and the Broncos of Hampden Academy. This game was played at Hampden Academy on 9/17/21. In this game, the Windjammers set a new State Record for an unbeaten streak of games, surpassing the record of 68 held by Gorham in 2005. The play by play announcer was Midcoast Sports Hall of Fame Inductee Charlie Crockett and the sports videographer was Midcoast Sports Hall of Fame Inductee Penny Crockett.