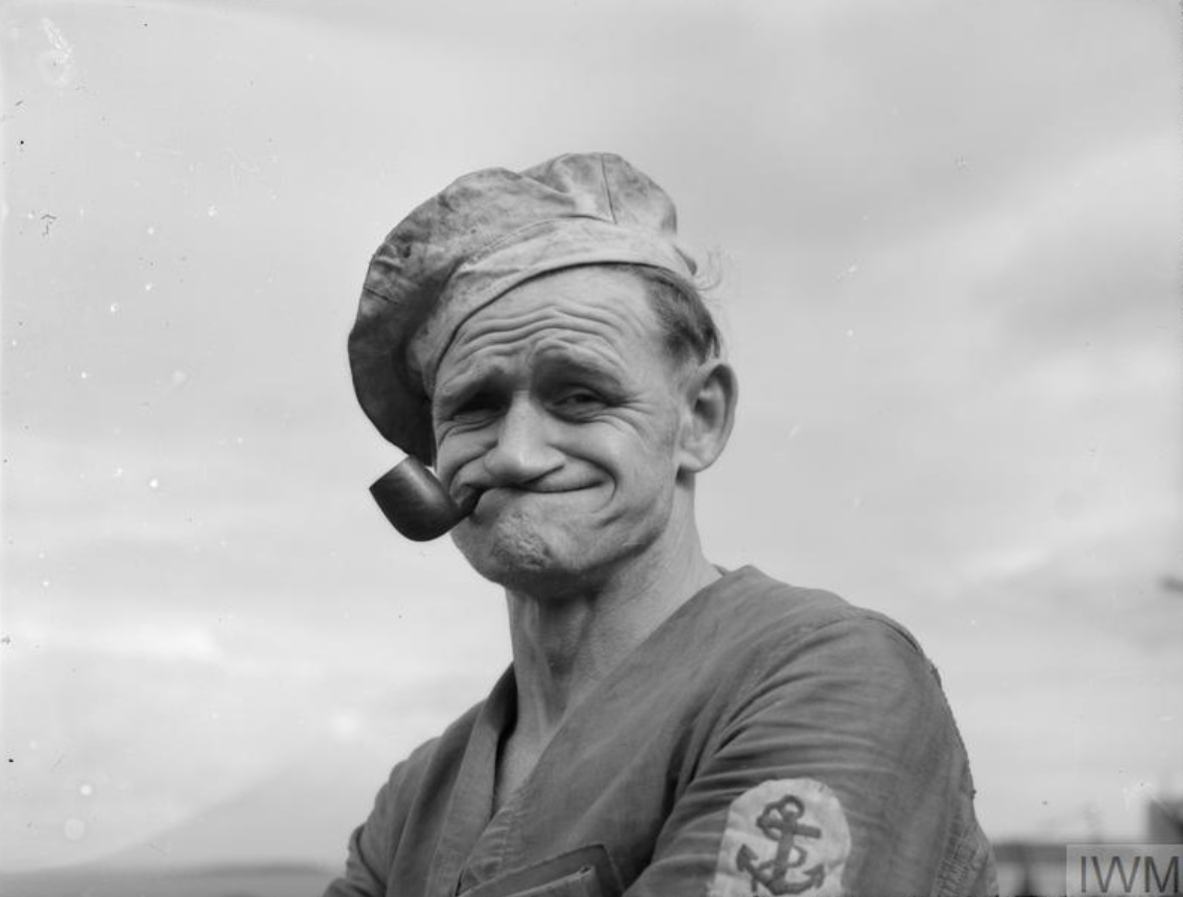 He was born in 1868 in Poland and, as a child, immigrated to the United States with his parents, who settled down in a small town in Illinois.

As a young man, Rocky went to sea.

After a 20 year career as a sailor in the Merchant Marines, Fiegel retired. He was later hired by Wiebusch’s Tavern in the city of Chester, Illinois as a ‘Bouncer’ to maintain order in the rowdy bar.

Rocky quickly developed a reputation for always being involved in fighting (and usually winning). As a result, he had a deformed eye (“Pop-eye”). He also ‘always’ smoked his pipe, so he always spoke out of one side of his mouth.

In his spare time as a Bouncer, Rocky would entertain the customers by regaling them with exciting stories of adventures he claimed to have had over his career as a sailor crossing the ‘Seven Seas.’

The creator of Popeye, Elzie Crisler Segar, grew up in Chester and, as a young man, met Rocky at the tavern and would sit for hours listening to the old sailor’s amazing ‘sea stories.’
Years later, Segar became a cartoonist and developed a comic strip called ‘Thimble Theater.’

He honoured Fiegel by asking if he could model his new comic strip character, ‘Popeye the Sailor Man,’ after him. Naturally Fiegel was flattered and agreed.

Segar claimed that ‘Olive Oyl,’ along with other characters, was also loosely based on an actual person. She was Dora Paskel, owner of a small grocery store in Chester. She apparently actually looked much like the Olive Oyl character in his comics. He claimed she even dressed much the same way.

Through the years, Segar kept in touch with Rocky and always helped him with money; giving him a small percentage of what he earned from his ‘Popeye’ illustrations.

WHO didn’t love the cartoons??? We watched them religiously … so funny, so moral … each story had a good ending … wonder if kids these days even KNOW who Popeye is??? Who knew he was a real man?? Awesome!!!