Adam Lee: Electric vehicles are on the way, with plenty of advantages 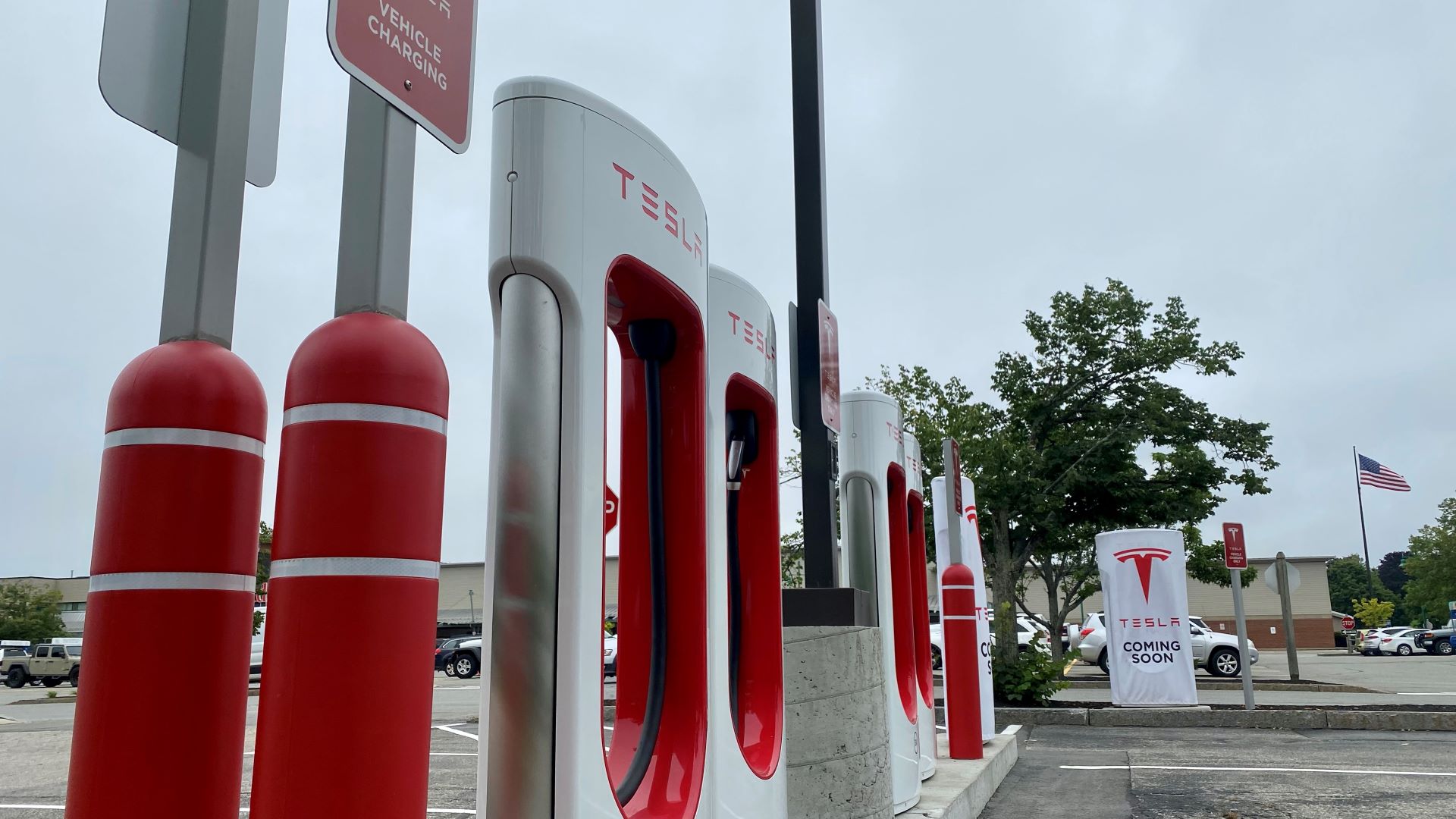 I have been driving Teslas for seven years, and for the last 10 years I have been telling my wife that Tesla is not going to make it. It is now the most valuable car company on the planet and Elon Musk is the world’s wealthiest man.

For the record, I still think Tesla may not make it. The cars are great, the business model is tough, but until recently it never made a profit selling cars.

If you want to see pictures of all of the models coming up, go to Motortrend.com and find a list of electric cars on the market now, and slated for the next few years.

Electric cars are coming — and fast.

Every major automobile manufacturer is making, or will be making, electric cars, trucks and SUVs. In addition to all the familiar manufacturers, there are 15 to 20 you may not have heard of that also plan to bring an electric vehicle to market. Most new companies are never going to make it. Think of the DeLorean or Tucker. Maybe they had a good idea but not enough capital to survive long-term, and perhaps they underestimated how hard it really is to make a car and then get people to buy it.

I believe that Rivian, maker of electric trucks and SUVs, will actually produce vehicles and survive. It is based in Irvine, Calif. You can add Lucid to that list: It makes a very high-end electric car like a Tesla, but nicer. And you can add Polestar to this list: It is owned by the Chinese company Geely, which also owns Volvo.

Most of the other dozen or so companies will disappear in a myriad of lawsuits, fraud charges and incompetence. Have you heard of Bollinger, Byton, Canoo, Faraday Future, Fisker, Lordstown Motors …? Well, I doubt you will ever drive a car or truck made by any of them.

Once major manufacturers start rolling out their own electric cars, the market will change overnight. You may find this hard to believe, but Ford, GM, Chrysler, Toyota, Honda and all the other brands that have sold cars in the U.S. for 50 to 100 years actually know how to make, market and repair cars. Once they start making pure electric cars, the newer, independent manufacturers will find it hard to compete.

Keep in mind that Ford will still make and sell wildly profitable gasoline-powered cars, trucks and SUVs to help cover the cost of developing electrics, as will every other manufacturer. New electric car companies don’t have this advantage. It is hard to compete if you spend all of your time trying to raise money and convince your investors that you really will produce a car.

It costs between $10 and $15 to fully charge an electric car. As you know, it costs $50 to $60 to fill your typical gas-powered car. More, if you have a huge SUV. Granted your gas-powered car probably has 150 miles of additional range, but it is still a lot cheaper to drive electric.

How about repairs? Have you ever replaced a transmission, engine, exhaust, muffler, radiator or catalytic converter? Electric cars don’t have any of those components. They do need brakes, wiper blades, tires and the occasional alignment, just like a gas-powered car. They are absolutely cheaper to operate. If that doesn’t convince you, think about no more oil changes, no more tune-ups or spark plugs. Think about the maintenance you perform on a blender. None.

Are they fast and how are they in the snow? They are the fastest things you have ever driven. I don’t know about 0 to 60 in 2.5 seconds as some of them advertise, but who cares? Zero to 60 in four seconds is faster than any car most of us have ever driven. You know you hear the term, “head-snapping.” Some of these cars will literally snap your head back into your headrest upon acceleration.

As for winter traction, as long as you use snow tires, your car will be fine. Just go easy on the accelerator.

Charging availability and range are probably the biggest considerations, as well as the initial price. If you live in southern Maine, there are quite a few charging stations and many more are coming. Keep in mind that there are at least two formats for charging: Tesla has its own style of plug, and everyone else generally shares a separate style. Electric vehicles don’t pollute, they rarely break and are fun to drive. Photo by Kate Cough.

It takes 45 to 60 minutes to fully charge with a fast charger, which is what you will find at the larger commercial charging stations. If you are charging at home using 240 volts, it takes around eight hours. That may seem like a long time, but think of waking up every day with a full tank. If you hate stopping to fill your car like I do, then it is great. (I often stop at the Tesla chargers behind L.L. Bean’s in Freeport for 20 minutes to grab 100 miles of range)

In the next two years, you will find charging stations sprouting up everywhere.

Range anxiety is a bit overstated. Try this exercise: For the next week, reset the odometer in your car each morning and notice what it says at the end of the day. Most people just don’t drive that much. Almost every electric car today has a range of at least 250 miles, with most new ones having a range of at least 300 miles.

Every once in a while, a customer will come in to one of our auto dealerships looking for a truck and mention that they need to be able to tow a boat. I always ask: “How often do you tow it?” Often the answer is about twice a year. Once to put it in the water and once to take it out. My response is always: “You don’t need to buy a truck. You need to borrow a truck.” So if you drive 40 miles per day and once a month you drive 400 miles, I would rent or borrow a car for that once-a-month drive.

Finally, we get to price. Electric cars are expensive. There is no other way to say it. But there are a variety of incentives available. Efficiency Maine has many. Today, they range from $2,000 for an individual to $5,500 for someone who qualifies for the low-income rebate. There are larger rebates for governmental entities and tribal governments.

In addition to state rebates, there are incentives from the manufacturer, often to encourage you to lease, which I recommend.

And finally there is a federal tax incentive of “up to” $7,500, and I expect there will be more coming via the Build Back Better bill, if enacted. I would not get too lost in trying to figure this out. Generally your car dealer will or should know what the incentives are. (Famous last words, I know.)

I often get asked, “Why are there no used electric vehicles around?” The answer is simple: Used cars are the result of new cars coming off lease or being traded in. There have not been enough new electrics cars sold or leased to have a supply of used models. There will be plenty of used electrics available in three to five years.

A look at the models

Finally, what is available today and which cars are best?

The volume leader is Tesla with the Model Y, which has sold over 130,000 units in 10 months of 2021, with the Model 3 coming in second with 90,000 units. In third place is the Chevy Bolt, with 24,000 units sold. Following is the Ford Mustang Mach E, Volkswagen ID.4, Nissan Leaf, Audi e-tron and e-tron Sportback, Hyundai Kona Electric, Porsche Taycan, Tesla Model S, Tesla Model X and Hyundai Ioniq Electric. Those models sold a combined 350,000 units through October. For perspective, that’s how many F series trucks Ford sells every six months.

So we have some challenges. Trucks and SUVs represent 75% of all vehicles sold in this country. Cars represent the remaining 25%. You may notice there are no trucks and SUVs on this electric vehicle list. Don’t worry, there will be.

If you can afford an electric car, they are incredible. They don’t pollute, they rarely break and are fun to drive. The cost of ownership is basically what it costs to buy it and charge it up.

I predict that in seven years we will be where everyone hopes we will be with electric vehicles — next year. In addition, people still will be able to buy a gas-powered car from most manufacturers, including the ones that say they won’t produce gasoline powered cars after some date in the future. There will continue to be a market for them despite climate change.

Think about the numbers: They’re big

Right now there are just under 300 million gas-powered vehicles in the U.S. Each year, another 16 million new cars and 40 million used cars are sold in this country alone. Those will slowly start being electric cars. Keep in mind that the top 12 selling electric models sold a combined 350,000 units. If that number goes up tenfold, to 3.5 million vehicles, there are still around 300 million gas-powered cars on the road.

What can we do to pick up the pace? Wait for more models to be available, which is hard to do. Try another “Cash for Clunkers” program. Give large incentives to get people to trade in their gas-powered cars for an electric one, thus getting the older car off the road. Push the power companies to participate in the rebates to encourage electric car adoption. After all, they are the future gas stations.

One last word: I did not mention plug-in hybrids or hybrid electrics. Most manufacturers are making a plug-in hybrid car. From the Bentley to the Subaru or the Prius Prime, or even the Jeep Wrangler XE which goes 49 miles on all electric, then 330 miles more on gasoline. For most people, this is a great option. If you only drive 40 to 50 miles per day, you won’t burn any gasoline. There are a number of these vehicles on the market today and are a great compromise while we wait for the dozens of electric cars, trucks and SUVs to show up.