AN ISLAND IS AN ISLAND 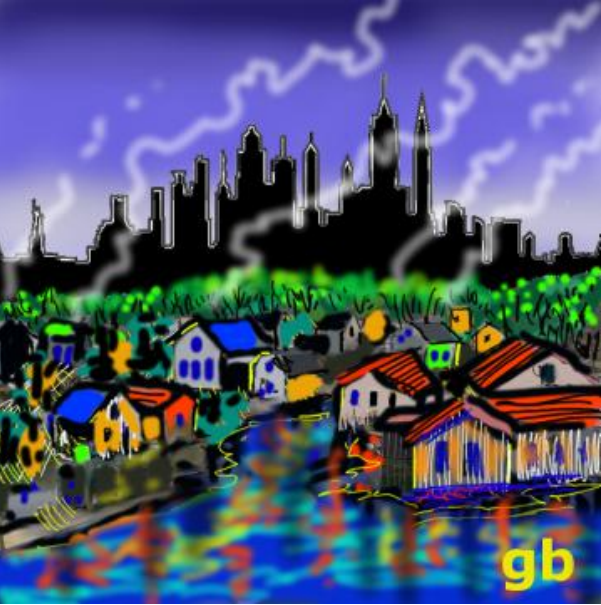 Do you ﬁnd that, although you like the general ‘heft’ of New York City, Manhattan is not quite the island experience you’re looking for? Take heart! In many respects an island is just an island, whether circumscribed by the East, Harlem and Hudson Rivers there, or by East Penobscot Bay, The Reach and the Fox Islands Thorofare here. Vinalhaven, the largest island among this Archipelago, has enough in common with Manhattan that even if you’re emerging from the Big Apple (I did not say anything about a worm) for the ﬁrst time, Vinalhaven can help you transition from that island extreme to, say, Matinicus.

For example, Manhattan and Vinalhaven each comprise twenty four square miles. We each have a great ﬁre department. Both islands have two well known sport teams, they with two mediocre baseball teams and us with two championship rowing teams. Each island has experienced a 3% increase in population in the last decade, Manhattan from around 1,510,000 to 1,560,000, Vinalhaven from 1326 to 1366 1/2 (including Devon MacDonald who only stays on Vinalhaven for as long as we can stand him each year, about six months, then moves to North Haven for about the same duration before returning home again when those islanders have had their ﬁll).

The similarities are manifest everywhere. Each island has about twenty distinct neighborhoods. Some of the better known on Manhattan and their corresponding conclaves on Vinalhaven include that island’s Tribeca and our Skin Hill, Greenwich Village vs. Dogtown, SoHo there/NoBo here, Chinatown and Pequot, the Upper East Side and the Sands, their Bowery and our Bowery, Little Italy and East Boston, Midtown and Downstreet, the Lower East Side and Round the Mountain, Turtle Bay and Indian Creek, the East Fifties and Round the Island, Sutton Place and Shore Acres, and Morningside Heights compared to Coombs Neck, to name a few. Each island has eight bridges. Brooklyn, Manhattan, Williamsburg, Queensboro, Triboro, Henry Hudson, Broadway and George Washington bridges on Manhattan and Lane’s Island, Carrying Place, Dyer’s Island, Mill Creek, Boondoggle, Old Harbor, Mill Stream and Barton’s Island bridges on Vinalhaven.

Still, there’s no denying some distinctions exist. About half of Manhattan’s inhabitants are of one minority group or another but we only have three, a Rastafarian fellow who gets a kick from telling summer visitors he’s a native, a Vietnamese woman who sits on the school board and a Pakistani gentleman who has retired here. Manhattan’s got us licked there; we could use a little more diversity.

We harvest a more appealing lobster, though, here in the clear cold waters of Penobscot Bay, than can be found in the East River; we can always ﬁnd a place to park and we all wave to one another and to visitors, particularly those from New York, more frequently than New Yorkers do.