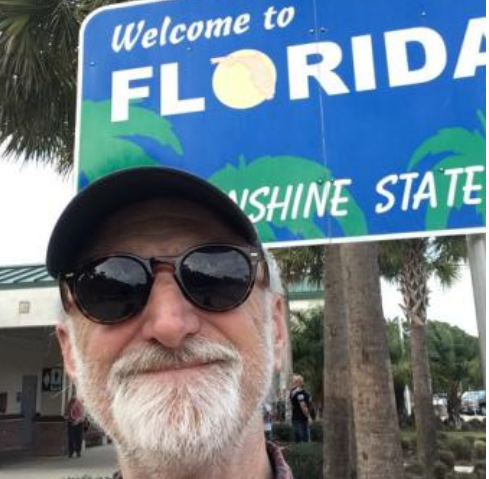 It’s great to talk with Stephen Carroll ,a founder of WRFR. Like everything in life, there are many emotions. Starting something is always scary, challenging, and rewarding. I assume that Stephen looks back with pride on his achievements. I am so glad that he and Joe Steinberger (who I need to interview) had the courage and foresight to start an local radio station. Thank you Stephen!

Stephen, tell us about your interest in radio.

During my sophomore year at Rockland High I was invited to participate on a radio program at our local station WRKD. Located in the center of Main Street (now the home of “In Good Company ” ) RKD along with the local Courier Gazette comprised the heartbeat of the city. This early involvement sparked an interest in radio which has lasted my whole life. I spent the next 25 years working in the business as well as some commercial and production work in TV.

In the late 80’s I volunteered doing local TV production for the City Government channel. It was here that I met Joe Steinberger and talk began of starting a local low power radio station. Joe applied for a new license just issued by the FCC and a group of us built a studio out of Joe’s two car garage. This all began in 2001 and Rockland’s new station WRFR went on the air Valentine’s Day in 2002. For at least a year, perhaps more, Joe & I did an early news and talk show called “Morning Train.”

Now the two of us have joined again to present a weekly show Wednesday ’s at 5 called “Rockland Metro.” We invite local guests to talk about issues of interest to area residents. The station has grown and ﬂourished over the last nearly 20 years due to our many volunteers comprising the life blood of this tiny yet vital Radio Station. In just a week WRFR will celebrate their 20 year anniversary. Please join us, it may change your life.

Has WRFR met you dreams and goals? Would you make any changes to WRFR? How can WRFR grow?

Ron, I can’t say as I dream about WRFR and, as far as changes, I believe the station will evolve and grow naturally with the natural ﬂow of volunteers coming and going.