The BILLION GALLON Reason to Keep All the Megunticook Dams

Featured, Save The Dam 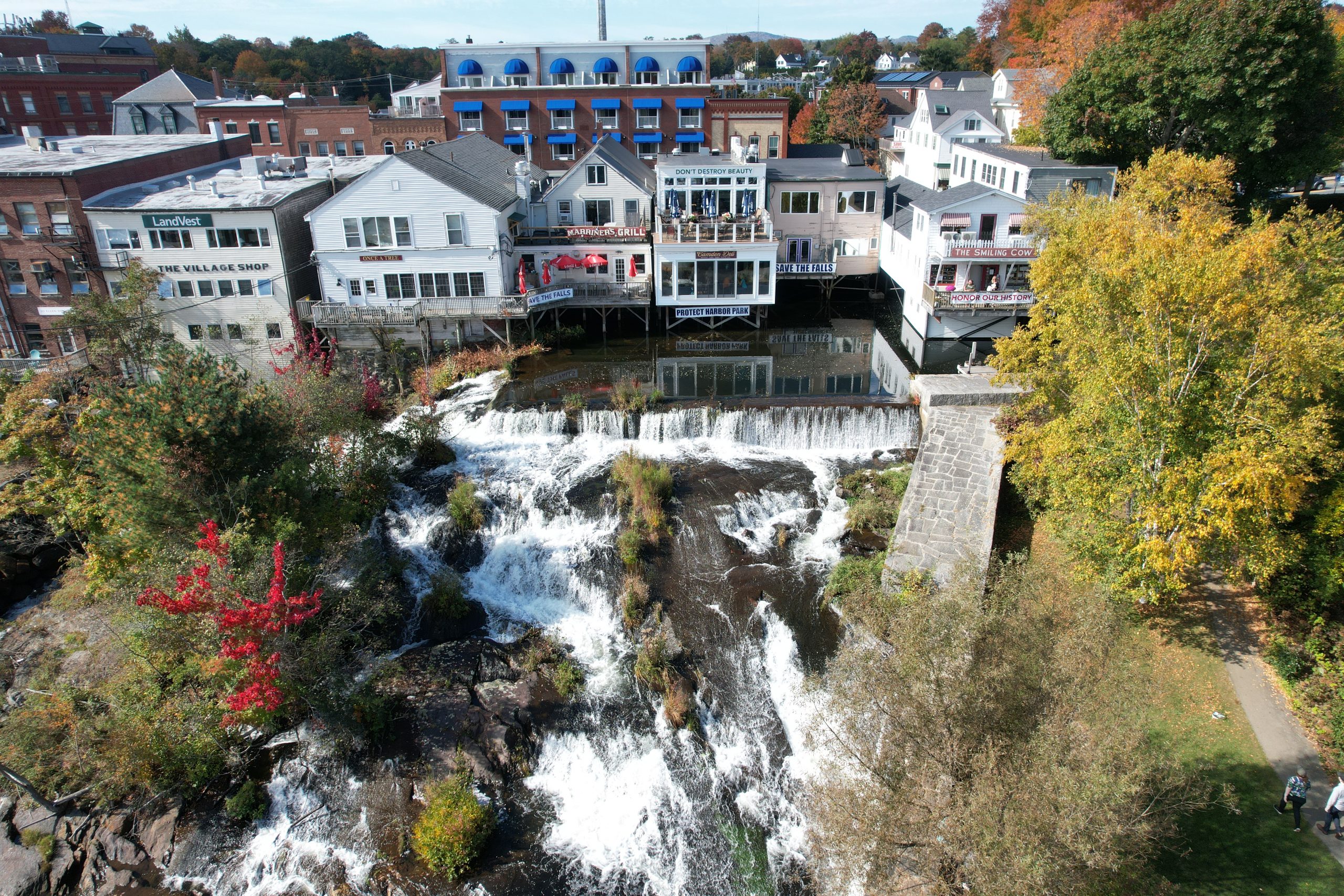 There is a movement by a group of individuals in Camden who want to remove the three lower dams on the Megunticook river in the name of protecting the town from “flooding”.

The irony of that movement is that our dams DON’T CAUSE flooding, they work together as a system to  PREVENT flooding.

The Megunticook River is unique because it has a steep slope dropping 142 feet (almost half the height of Niagara Falls) from the Megunticook Lake to the falls at Montgomery Dam into the harbor. That means the water wants to travel down the hill at high speed with a massive amount of power…hence the original reason for the dams.

The river comes into the town over the Knowlton Street dam, the Knox Mill Dam, under the Brewster building with Bagel Cafe, under Main Street, the Camden Deli, Mariners, The Smiling Cow and Once a Tree and then over the Montgomery Dam.

Each of these dams has a deep and wide holding pond which slows the water down. And as the water crashes down in a waterfall over each of these dams, it absorbs the built-up energy in the water. These dams and associated mill ponds are like giant speed bumps that protect the town. Imagine if you were to pour a cup of marbles down a kids slide vs down a stairway. The marbles on the slide would race down with high speed and energy, but those going down the stairs would be clunking down each step.

Last Halloween, Camden had a very intense rain storm. Not only was it 5.5” of rain, but the rain occurred in a very short time, giving it the classification as a “100 year storm”. Such a storm is so intense that it only occurs every 100 years on average.

Fortunately the Town has a great river management program in place. In anticipation of the predicted storm, the lake had been lowered 30” which gave room for over ONE BILLION GALLONS of water to be stored during the storm. These one billion gallons were gathered behind the Megunticook dam with only a trickle coming over the top at the end of the storm.

Below the dams at the lake, during a storm the river and millponds are fed for the most part by the Town of Camden Storm Sewer system. This Stormwater System is massive (see purple in map below). The Town has built the Stormwater System up over the centuries and relies on it. The Stormwater System connections which drain to the river generated hundreds of millions of gallons of water during that Halloween storm. At the Knox Mill Dam, the water at the edge of the dam was 30” high but there was no flooding. 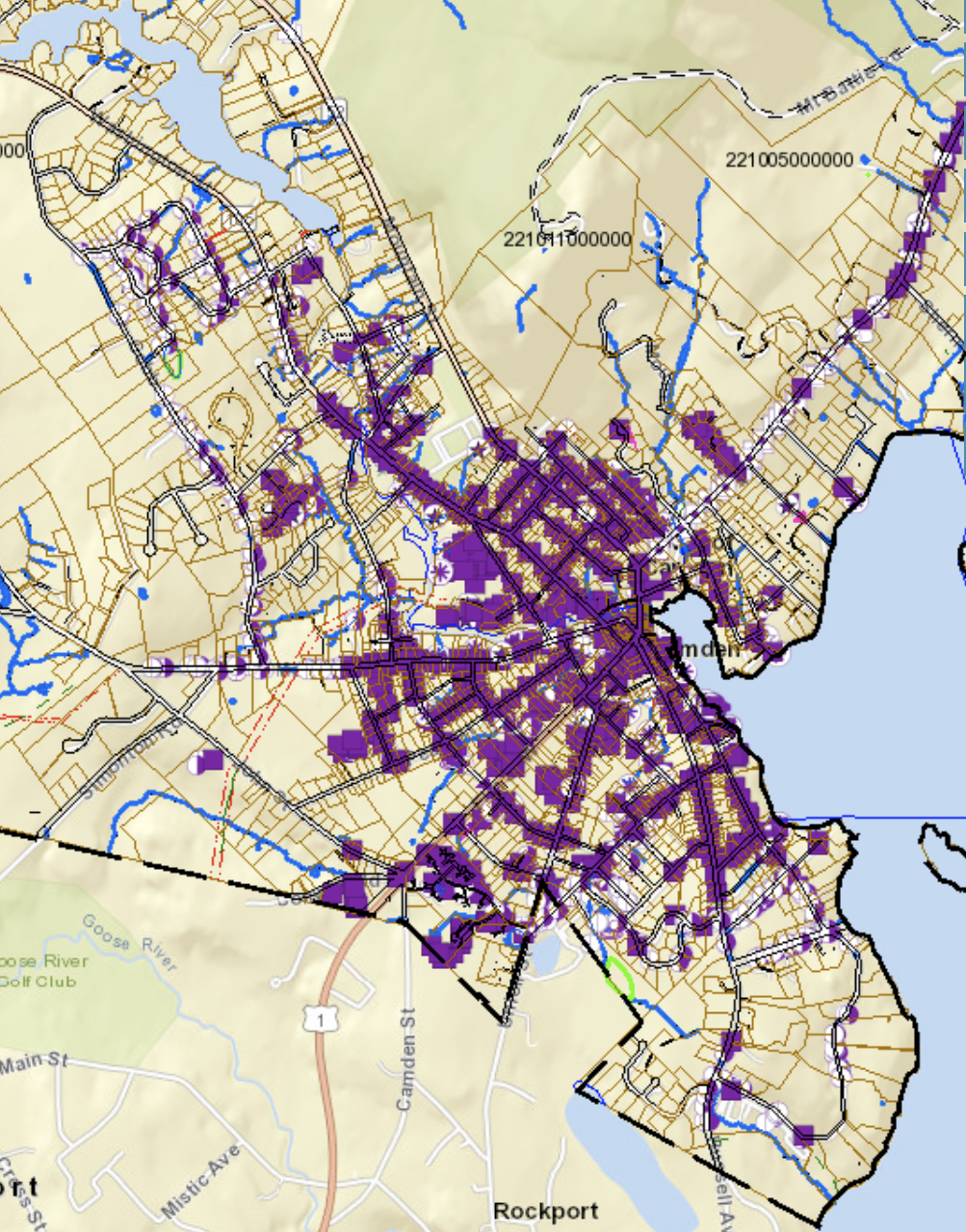 If those dams and millponds had not been in place during the Halloween storm, the water would have come roaring through the town, potentially tearing out bridges, as it did in other areas of New England, causing significant damage to the Camden businesses with erosion of their under-structures in its way. But because we had the calming effect of the series of millponds above the dams particularly  including the Montgomery Dam Millpond, there was no damage.

Global Climate Change is coming with more and more heavy storms. One-hundred year storms are going to become 50-year, 25-year, 10-year storms. If the town were to go to the expense of tearing down our beautiful dams, then to reprotect the downtown area it would have to create ugly retaining walls and holding ponds (such as they have at Walmart parking lots) costing millions of more dollars.

Our current infrastructure works. Why change it?

By Robert Nichols, Camden Resident, former Rockport Select Board Chair, Rockport Planning Board member, and an engineer who created major storm sewer system design software. The Montgomery Falls have and hopefully will continue to contribute to the livability conditions of Camden, a place where we have developed deep connections with our friends and neighbors.