Jared Golden, an unusual Democrat, in crucial rerun of his 2018 race against Bruce Poliquin 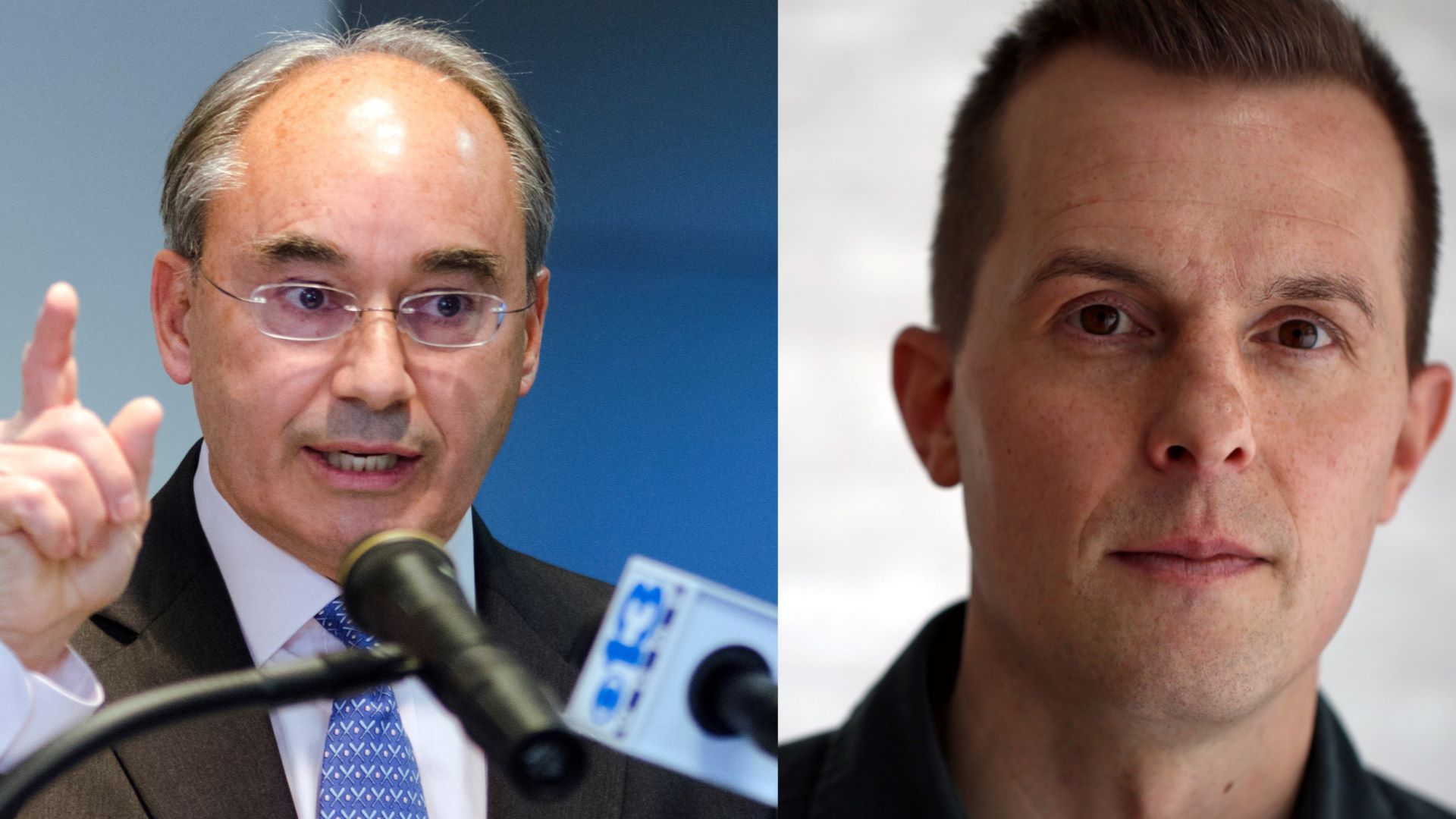 Earlier race won by ranked-choice vote, but this time a number of other factors are in play.

Rep. Jared Golden holds a swing U.S. House seat. He is one of only seven Democrats to have won a seat in a district carried by former Republican President Donald Trump in the same 2020 election. In what will be a high stakes race for both parties this year, he might be the sole survivor of that small group.

Add to that factor the special character of a contest with the person he defeated in a one-of-a-kind election. Though there’s still a Republican primary, it’s virtually certain that he will face Bruce Poliquin, the incumbent whom he defeated in 2018 to first take the Second District seat.

Poliquin is nursing an old grievance and this election is his chance to set things right, as he could see it. Poliquin will be running not only against the person who defeated him previously, but also implicitly against the ranked-choice voting he claimed cheated him the last time.

Golden defeated him thanks to the first ever ranked-choice election for a member of Congress in the U.S. After trailing on the first tally, the Democrat collected enough second-choice votes to win. Under the traditional rules, Poliquin would have held onto his seat and the votes for the two also-rans in the race would have simply been dropped.

This election is a re-run of that 2018 race in a non-presidential election year, just as it was the last time. There may be no ranked-choice voting this year; at this time, only the two major party candidates are on the ballot, but it’s possible another candidate could still qualify.

While that casts a shadow over the election, there are many differences from last time.

First, there’s Golden’s almost four-year record in the House. He has supported key elements of the Democratic program, though sometimes raising critical objections. All along, he has kept a conspicuous arm’s length from party leadership.

Golden has joined just four other Democrats in twice voting against Nancy Pelosi for Speaker of the House, though the opposition was symbolic, and she was elected both times. Possibly consistent with the views in his district, he was only one of two Democrats to vote against tougher background checks on gun owners.

At this early point in his career, his Pelosi opposition did not seem to hurt him or Maine’s interests. He holds two committee slots that are meant to help the state economy. On the Armed Services committee, his assignment allows him to protect and promote Bath Iron Works. He’s also on the Small Business Committee, with leadership responsibility for agriculture.

House members now join many special caucuses to reflect their concern about a range of issues that matter back home. Golden has joined 22 such caucuses. His service in the Marine Corps gives him prominence in veterans’ caucuses.

No Maine House incumbent had lost the northern district in a century until Golden beat Poliquin. But the changing political scene may make that a tradition on which Golden cannot rely. He faces a real challenge from Poliquin.

After losing to former Gov. Paul LePage in the 2010 GOP primary for governor, Poliquin aligned himself with LePage. In the House, Poliquin occasionally cooperated with Democrats before Trump’s 2016 election. He was loyally Republican in his second term as their tenures overlapped. He favored repeal of the Affordable Care Act, while seeking a substitute.

Possibly because of his alliance with LePage, who in turn has been closely aligned with Trump, Poliquin has become more conservative. Like Sen. Susan Collins, he has recognized that the Maine Republican Party has moved away from moderate positions toward more confrontational conservatism and has joined the move.

Poliquin chose House committee assignments based on his professional experience in finance. His lack of state-related committee work did not appear to affect his home-state support. Similarly, his need to move his principal residence into the district has not seemed to undermine his candidacy.

In the final analysis, the Maine GOP is tied to LePage-Poliquin-Trump politics. How well LePage runs in the governor’s race against incumbent Janet Mills could affect Poliquin’s chances. And LePage’s success depends on how much the Second District continues to adhere to Trump or at least to Trumpism. The extent of Trump’s legacy could be the key determinant of LePage’s path back to the Blaine House and Poliquin’s path back to Congress.

Perhaps the most intriguing and inevitable question, given Golden’s split impeachment votes, is how Poliquin would have voted on the three Trump impeachment articles. If he declines to answer, he would have to persistently dodge a critical issue and raise doubts that he would be as independent as Golden. The question separates him from LePage, whose office has nothing to do with presidential impeachments.

Golden has shown unusual political skill in representing as a Democrat a district that leans Republican. He has been the model centrist Democrat, making clear that his politics are distinct from those of the Party’s Progressives. His more conservative approach may better recognize than most other Democrats the temper of many voters, especially those in rural America.

Five of the seven House Democrats in Trump-voting districts are seeking re-election this year. Golden showed the greatest variance from candidate Joe Biden’s performance, running 13.5 percent ahead of Biden. That result suggests that he has the best chance of survival, especially in a district in which Democrats run well even in defeat. In addition, this year’s congressional redistricting increased slightly the number of Biden voters in the Second District.

Golden-Poliquin will be a classic contest. It is rated a toss-up. It is likely to be among the most expensive campaigns in the state’s history.

If the Democrats were to lose this seat, they could expect to lose many others, where their candidates seem more vulnerable than Golden. Congressional control is highly unlikely to depend alone on Golden-Poliquin.

If they hold the seat and keep congressional control, they will have demonstrated the ability to win in rural America whatever Trump’s appeal.

If the Democrats keep this seat but lose congressional control, they might pay increased attention to the Golden playbook as they look ahead to 2024.

Note: this story has been updated to reflect the possibility that a third candidate could qualify for the race.